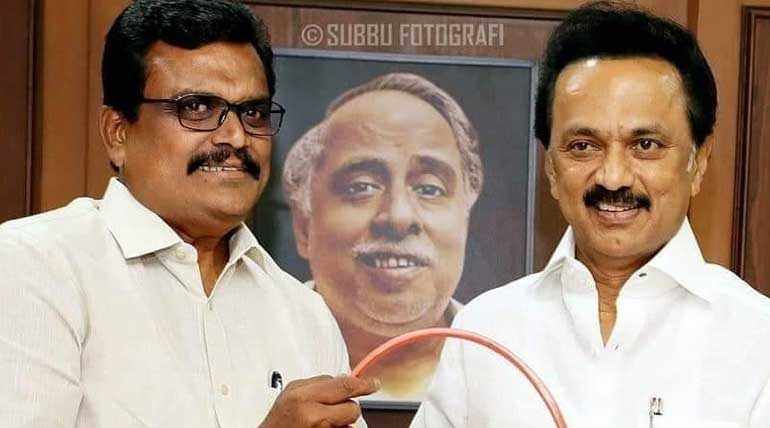 DMK general secretary today announced the appointment of Thanga Tamil Selvan as one of its three propaganda secretaries. The other two secretaries are party's stalwarts Rajya Sabha MP Tiruchi Siva and Lok Sabha MP A.Raja. Also, VP Kalairajan a two-time AIADMK MLA from the prestigious T.Nagar assembly constituency in Chennai was elected as the DMK party's literature secretary.   It is in the continuance of DMK's policy of appointing opponent party big wigs joining them, in its many important posts.

Thanga Tamil Selvan, a previous AIADMK strongman from Theni, was MLA many times in Andipatti assembly seat and also was its Rajya Sabha MP from 2002 to 2008.  After the demise of former Tamil Nadu Chief Minister Jayalalitha, he switched his loyalty to TTV Dinakaran and two months back joined DMK. 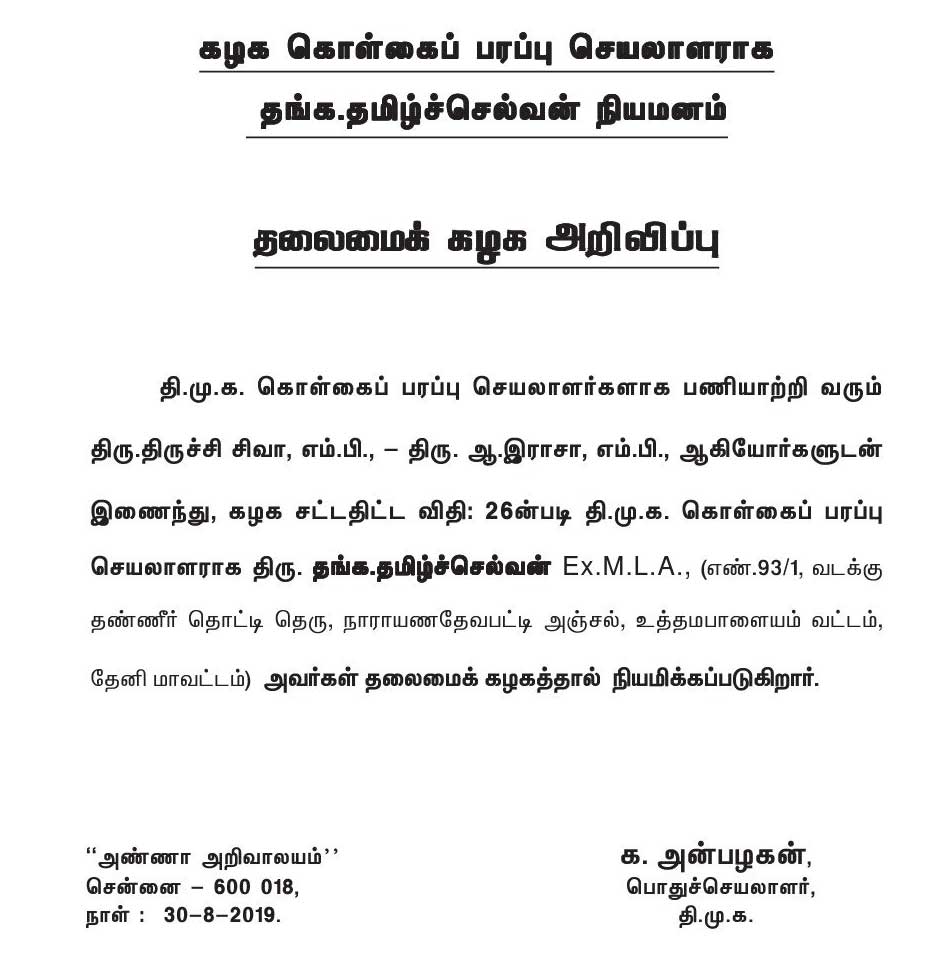 Hardly one month back Thanga Tamilselvan brought to the DMK party 27000 + AIADMK and AMMK party people.  He submitted their application forms to the DMK president M.K. Stalin in Arivalayam. He also worked efficiently in Vellore MP election to make the DMK candidate Kathir win the seat with marginal vote difference. Now he is rewarded with the Propaganda secretary post for all his efforts.

Is this post to Thanga Tamil Selvan, a grooming technique to beat OPS in Theni district:

Other ADMK leaders given posts in DMK:

PK Sekar Babu a big wig in Chennai AIADMK, when joined DMK was made the MLA of harbour constituency, and also it's North Madras Secretary. Karuppusamy Pandian in Tirunelveli, when left AIADMK and joined DMK, was made its district secretary and MLA also. With Thanga Tamil Selvan, the DMK is following its policy to give the post to opponent party bigwigs when they join DMK.