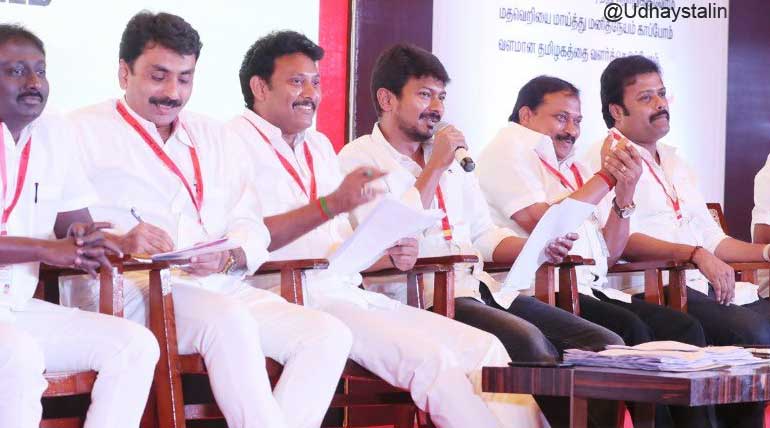 DMK youth-wing gathered today to discuss on 12 postulates and the importance of youth’s contribution to steer the party ahead in the success road. Udhayanithi Stalin is heading the youth-wing and presented the postulates. The meeting commenced by thanking the leaders who contributed much for the development of the party followed by reverence and remembrance of the leaders who breathed their last recently and very importantly honouring the children who gave their life for NEET failure. Udhayanidhi composed himself better and started delivering the principles one by one. It looked very much natural, and he was not voicing out as a "Budding politician" but an experienced.

The 12 principles he quoted and requested the organizers, party members, leaders and others to strictly abide by and elevate the party to the next level. The 12 principles or postulates stated by Udhayanidhi Stalin to the youth-wing are

The conference is being conducted in Ekkaduthangal star hotel in Chennai, and it is expected to bring fruitful results. Neither in history of politics, the youth-wing has been given much importance, and the debut start from DMK will lead the other parties too, the way forward. 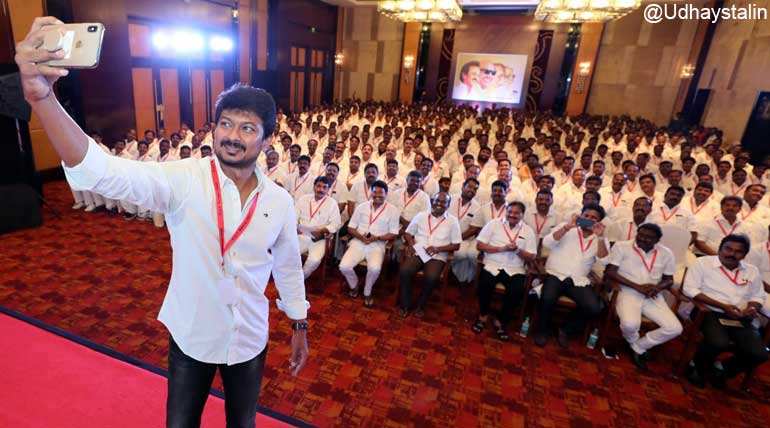