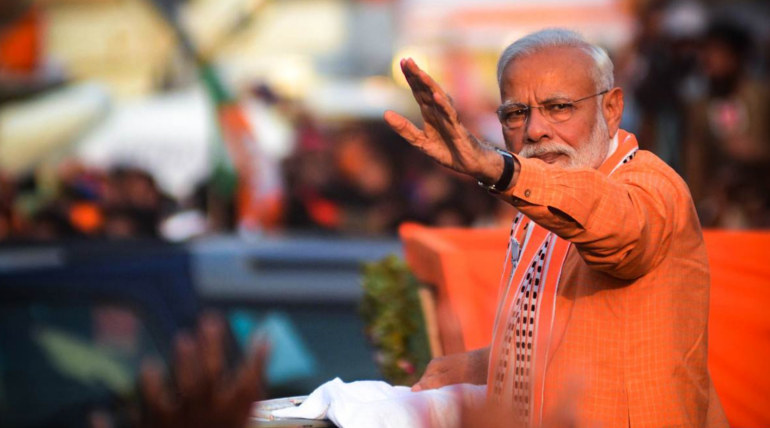 Prime Minister Narendra Modi, the irrevocable leader of NDA leads the constituency by over 450000 votes. The centre of India's political map showcases the holy city of Varanasi and the Prime Minister is contesting for the second time from here. The contestants challenging him are Congress's Ajay Rai and BSP-SP's Shalini Yadav. The past record shows that the Prime Minister had a landslide victory in 2014 in this constituency defeating AAP's Arvind Kejriwal, Congress's Ajay Rai and BSP's Vijay Prakash Jaiswal. BJP got 56.4% votes in 2014 from this constituency. A total of 25 contestants countered against Narendra Modi from Varanasi. These candidates are from various states including Andhra Pradesh, Kerala, Maharashtra, Uttarakhand and Chhattisgarh.

This constituency went for a poll in the last lap of 7 phases. The two-day mega show of strength prior to elections before filing Modi's nominations was fantabulously animating the voters. The poll campaigns by the saffron party's big leaders like Amit Shah, Piyush Goyal, Sushma Swaraj and Yogi Adityanath created excitement amongst the public in this high-profile constituency.

As Modi makes his way in the streets, the city of gods looked like saffron-tinted and thousands of Modi disciples chanted Modi, Mein Bhi chowkidar. The sound was thunderous which signified the glorious victory even before the election was staged. Among the main opponents in 2019 Lok Sabha elections is Shalini Yadav. The newbie in politics is the daughter of former Union Minister and Congress Leader Shyam Lal Yadav. She had contested in Mayoral polls in 2017 and secured runner-up with 1.14 lakh votes. It remains under wraps whether the BJP leader succeeds his previous record of 56.4% votes. The BJP-led NDA leads in many constituencies and is anticipating victory in this elections. With this anticipation, the party has invited 20,000 party workers today evening to BJP headquarters in Delhi for celebrations