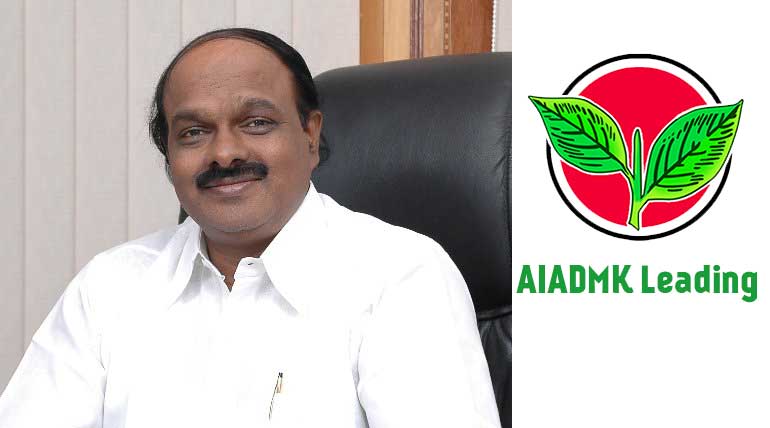 Vote counting for the Vellore constituency started today morning at 8 AM on the supervision of the Vellore Colletor Shanmugasundaram. First, the 3039 postal votes were counted. As per 9:50 AM AIADMK's, A-C Shanmugam was leading with 73,491 while the DMK's Kathi Anand was with 71,059 votes. Though AIADMK was leading by a thin margin, it is anybody's guess until noon to get a clear picture of could be the MP of Vellore.

Vote counting is conducted in the Ranipettai Engineering college with 324 counting personnel. There are three tier protection by police and army. No one is allowed without identification into the counting hall. One representative and assistant with five agents for each party are allowed inside the counting hall. There will be 22 rounds of counting in 5 of the six assembly constituencies, and for Gudiyattam it is 24 rounds. 82 CCTV cameras are watching the counting of votes. All cameras are being watched in the college to control any untoward incident.

Vellore the odd one out:

The whole of India became curious about what happened to countermand the elections during April. Now the Vellore people only are worried that they cannot be part of selecting the prime minister. The results today will be watched by the whole country.

AIADMK all out to win Vellore to save face:

Since AIADMK won only one seat out of the 38 seats that went to the election on 18th April, they have thrown all their might to win Vellore seat. A-C Shanmugam being the local popular person in Vellore and an educationist have the edge over the DMK Kathir. Shanmugam has many colleges in and around Vellore and also in many parts of Tamil Nadu. His promise of building a marriage hall for conducting marriages free of cost is also in his favor. He also promised to educate 600 poor students in his education institutes. All this and the support of the ruling AIADMK party weighs heavily in his favor.

DMK Kathir chances are thin in this election:

Though Kathir is the son of DMK treasurer Durai Murugan, there are many negative factors this time. An huge amount of cash seized from their family friend during general elections and have given them a tarnished image. Also, Vellore people think that DMK is responsible for postponing this election. All this and lackluster working of DMK functionaries may dent his chances of becoming a first time MP.

But what does the voting pattern indicate on 5th August?

Though polling on 5th August was less during the morning hours, it increased to touch the general elections percentage of 71. The voting pattern in the six assembly constituency includes:

Out of the eligible 14,32,555 voters, only 10,24,352 voters exercised their franchise on 5th August. But the voting pattern more in the Muslim dominated Ambur, Vaniyambadi and KV Kuppam indicate a win for Kathir.

But everyone has to wait fingers crossed till a minimum of noon to know who is the MP of Vellore.