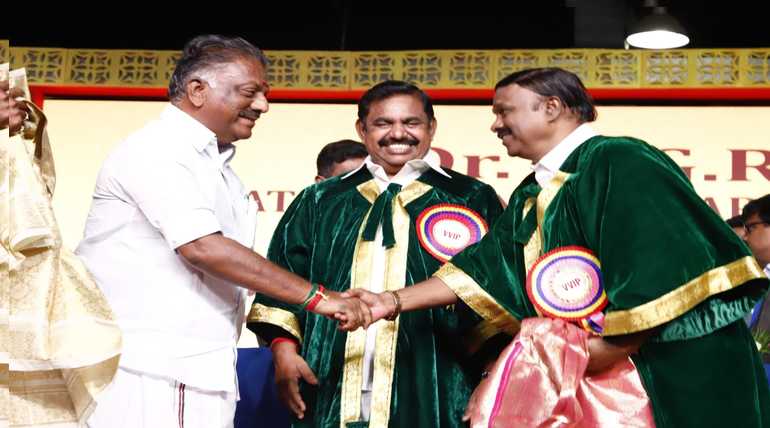 Vikkaravandi & Nanguneri by-election counting status at 11 AM: AIADMK is leading in the two by-election constituencies from the start of vote count from 8 AM today. As of 11 AM, after the counting of the 8th round in Vikkaravandi AIADMK's Muthuramalingam leads by 16,700 votes. In Nanguneri, AIADMK Narayanan leads by 4300 votes over his DMK rival Ruby Manoharan. Jubilation in the AIADMK office in Chennai with AIADMK cadres saying this lead proves the victory of AIADMK not only now but also in the 2021 assembly elections.

Is AIADMK reigning the supremacy?: In the last leg campaign of the two by-elections constituencies, chief minister Edapadi Palanisamy was aggressive and with a new vigor than never before. He boldly attacked Stalin on many issues and was seen campaigning with renewed interest. Only with AIADMK leading now, the meaning is well understood by the people. In what way is their choice, but AIADMK is leading as of now in the two by-poll constituencies.

Also, during former chief minister Jayalalitha's rule, AIADMK has never lost in by-elections. Her successor Edapadi Palanisamy may continue this success of the AIADMK. If the AIADMK wins these two by-elections, it will be a face-saving for them after their pathetic show in the MP elections only a few months back and also the narrow lose of Vellore MP Constituency a few days ago. But even if they win these two seats, will they win the 2021 elections as most of AIADMK now started talking has to be seen later.

John Kumar of Congress wins in Kamaraj Nagar in Pondicherry: Along with the two by-bolls in Tamil Nadu, Kamaraj Nagar assembly constituency in Pondicherry union territory, by-elections were conducted on 21st October. Though the voter turnout was poor, the ruling Congress candidate John Kumar won by 7,121 votes or nearly 50 % over his nearest NR Congress candidate Bhuvaneswaran.

AIADMK cadres have started celebrating across the state for leading in the two by-election constituencies. Sweets distributed, crackers bursting, and everyone happy is the situation now. But everyone has to wait until a few more rounds of counting to know it.