Increase in the percentage of voting in Vikravandi may help DMK to win? 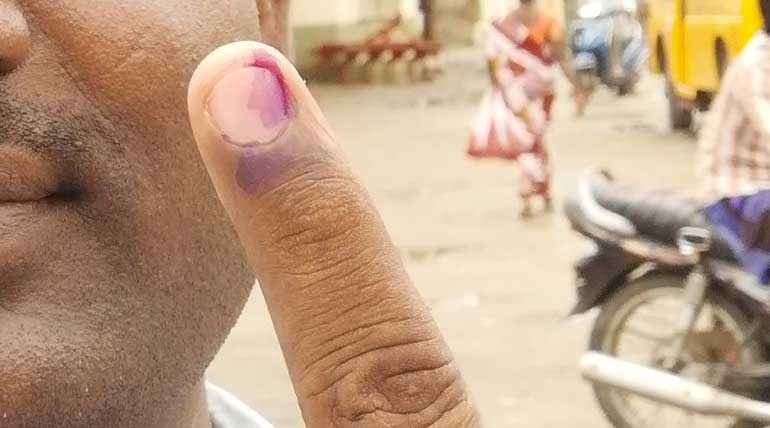 An increase in the percentage of voting in Vikkaravandi may help DMK to win? Rains, increased voting percentage, especially women, and sporadic disruptions are the highlights of today's by-elections in Tamil Nadu. Substantial voting percentage shows the renewed interest of voters, which could favor the opposite party DMK.

BJP, with its continuing propaganda as the savior of the nation, is the favorite in Haryana and Maharashtra assembly polls. In Tamil Nadu, BJP did not even participate in the election campaign for its ally, the AIADMK. Like in Vellore, they kept away in Nanguneri and were, to a negligible extent, campaigned in Vikravandi.

Vikravandi by-election updates: As of 3 PM, more than 65 % voting was recorded in the Vikkaravandi assembly constituency. The highlight is that female voters outnumbered male voters. It is a clear sign of renewed voting interest in the Vikravandi constituency.

At the end of polling today, the voting percentage may cross 75% and is a clear indicator for the DMK to win in the constituency. Out of the 275 booths that went to polling, there were few incidents of disturbance by all the parties. Villupuram SP Jayakumar was keeping a strict vigil over the election proceedings. Also, 2000 military forces stood to watch for peaceful elections.

Here again, the rate of voting is slightly above average, and the winning chances may be narrow for any of the two major parties. Who will win in the two by-elections will now be known around 1 PM on Thursday the 24th of October 2019.

Increase in the percentage of voting in Vikravandi may help DMK to win?