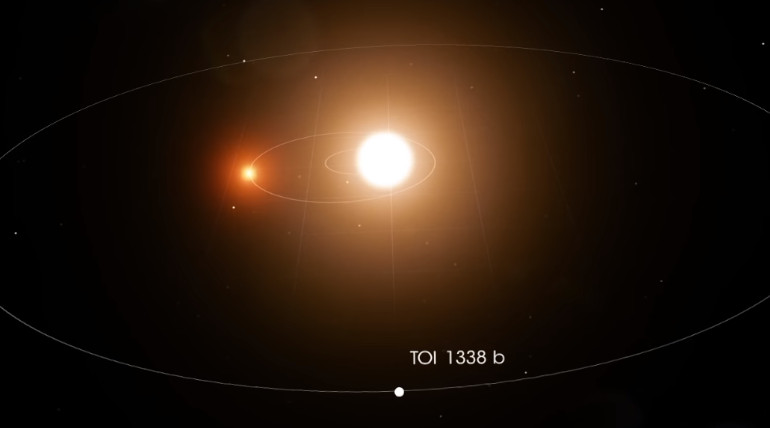 Interesting facts on how 17-year-old NASA intern found secrets of a new planet with stars: A 17-year-old junior school student found a new planet with two stars within three days of being an intern at NASA. He even beat the algorithms and the TESS, which did not find it for the past two years. Now he has co-authored the scientific review of the new planet named TOI 1338 b. NASA announced that the scientific paper was tabled at the 235th American Astronomical Society meeting held at Honolulu in Hawaii from January 4 to 8.

Wolf Cukier, who is 17 years old living in New York, is studying his junior year at Scarsdale High School. He was selected for the NASA's citizen science project. It allows people not working in NASA to be part of its Planet Hunters TESS or Transiting Exoplanet Survey Satellite. During summer 2019, he started his two-month internship with NASA's Goddard Space Flight Center in Greenbelt, Maryland.

TESS, since its first search for the planets in the sky from the summer of 2018, had found many planets. There are four cameras for the TESS study of the sky hunting for planets. They snap photos every 30 minutes of the sky for 27 days at a time. These photos reflect the brightness of the stars during planets passing in front of the star, which is called a transit. These photos help the astronomers to determine the planet locations.

Cukier's first assignment was to analyze the TESS data. Within three days of him joining as NASA intern, he found a new planet with two stars. Veselin Kostov is the research scientist at the SETI or Search for Extra-Terrestrial Intelligence and Goddard Space Flight Center. He said that in the past two years, many intriguing planets were found by TESS. But what Cukier has found is a unique planet with two stars. So far, even the algorithms struggled to find the transit method of two stars of a planet and were only finding the eclipse of the larger star. But Cukier's human eyes were perfect for finding patterns in the data, most importantly that of the non-periodic patterns like the new planet with two stars.

The new planet is 1,300 light-years away from earth and in the Pictor constellation. It is the only planet with two stars and experiences regular eclipses from these two stars. The new planet is named TOI 1338 b, and it is of the size in between Neptune and Saturn. Out of its two stars, one is 10 % more than the size of our sun. And the other one is smaller and also cooler than that of the sun.

Cukier said that within three days of him scrolling through the data saw a signal from a system known as TOI 1338. He first thought it to be a stellar eclipse, but since the timing was wrong, he found that it was a planet. He said that noticing the dip from the TOI 1338 system gave the first signals of a planet. And with many more such similar declines, NASA confirmed it to be a planet with two stars.