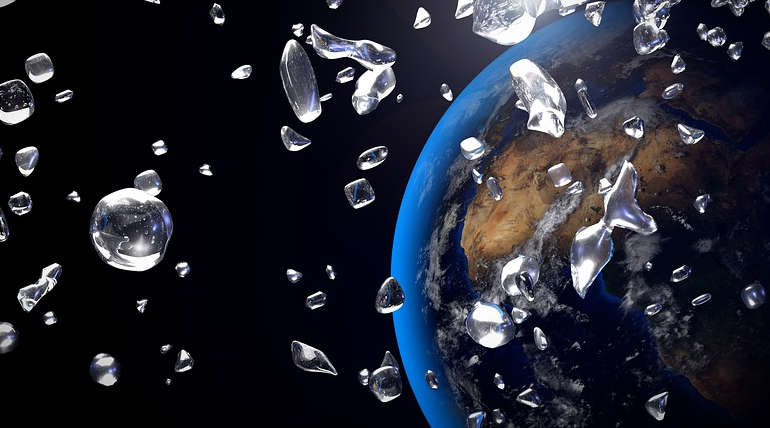 A recent study on a 4.6 billion years old meteorite Acfer 049 finds the building blocks of our reveal system. The meteorite from the space landed in the Sahara deserts of Algeria in 1990. The recent studies on it published in November month's Science Advances journal pave the wave for scientists to investigate the earlier days of our solar system.

Epifanio Vaccaro is the author of the published study and curator of Petrology at London's Natural History Museum. He says that the matrix, which is fine-grained material holding everything in the meteorite together, is the starting material from which all the planets of our solar system are formed. Though Acfer 049 landed in Algeria in 1990, it took almost thirty years for researchers to have the right technology to peer through the fine grains. The researchers used high spatial resolution microscopes that allowed them to see the fossils or the tiny ice pockets finally. Epifanio said that based on the microscopic findings, a new model was formed to demonstrate the formation of our solar system, concluded Epifanio.

What are matrix and ice fossils?

Scientists already knew that asteroids or space rocks contain ice. It was due to the way water altered minerals in asteroids. But the missing piece was to understand the amount of water distributed throughout the asteroid structure or known as a matrix when it melted. These tiny pockets that contained ice before melting are what the researchers call as microscopic holes or ice fossils.

Our solar system was formed like a star similar to other solar systems. The sun was formed from a cloud of dust and gas, and the leftover materials not used by the sun became the ingredients of the other planets and asteroids. The gas and elements then formed into a flat planetary disk around the sun, and it included hydrogen, ice, iron, and silicates.