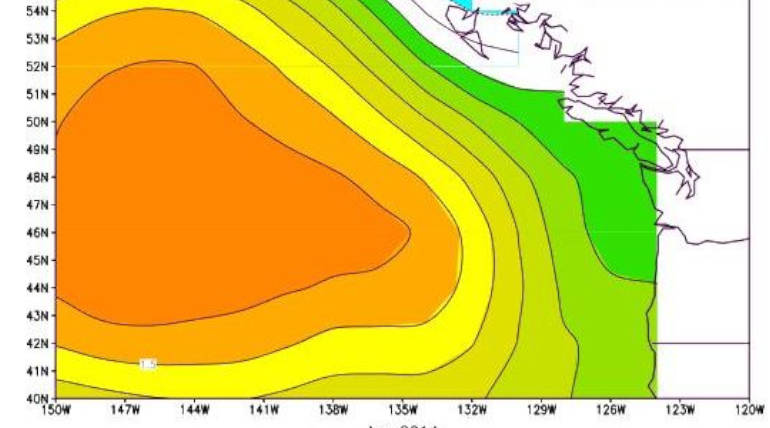 An increase or decrease in sea temperature to up to one degree Fahrenheit is considered normal on average. However, an increase of 10 degrees Fahrenheit is a cause of concern. The scientist also went on record to share that he does not have exploitation for the same.

Commenting on the issue, James Renwick, a scientist with Victoria University in Wellington, New Zealand, stated that this surely is a cause of concern. Calling it the largest patch that is experiencing above-average warming on the planet, the scientist went on to share that the satellite images of the 386,000-square-mile patch resemble a menacing red blob.

Another cause of concern for scientists is the unanswered question as to where did it all come from. The literature points out to the fact that such a high increase in sea temperature is declared as a marine heatwave.

Scientist believes that the condition occurs when the changing climatic conditions automatically drive the sea to absorb more than the average heat. In some scenarios, a few conditions do not allow the sea to release heat, thus causing such a large scale impact.

Moving the focus back to the alarming heat patch in New Zealand, scientist James Renwick shares that an anticyclone that has developed above the respective region could have possibly resulted in the formation of the hot spot.

He does not rule out the possibility of a small layer of the ocean, which has gradually warmed up beside the fact of the absence of wind to cool it. Heat waves that develop all of a sudden also impact marine life in the sea. A couple of years ago, New Zealand experienced a rise in sea temperature of up to 6 degrees Fahrenheit above normal.