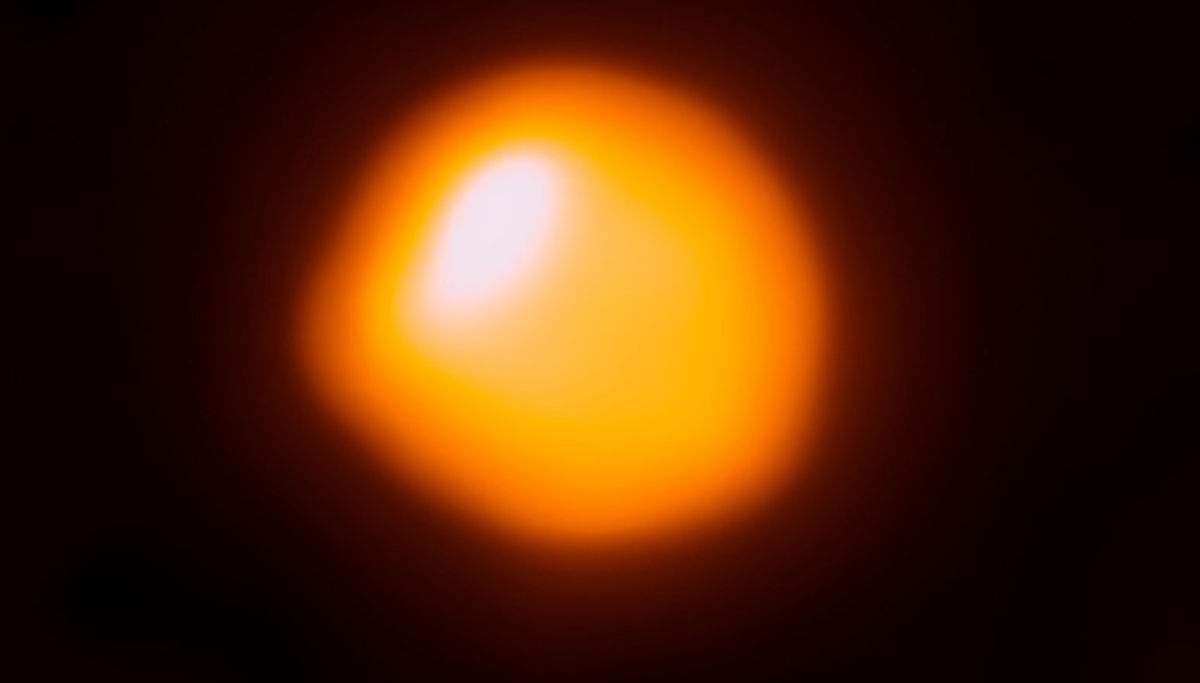 As for predictions by astronomers, if it explodes, it would appear as bright as the full moon in the sky and also will remain that way for another six months, which is possible to even view with the naked eye.

As per NASA, Betelgeuse is believed having the size which is in-between the diameter of Mars and Jupiter's orbits and estimated to have a mass or 11 to 12 times of sun. But the size and distance are not definite, confirms NASA.  But it is expected to be a few million years old. Only from places like European Southern Observatory telescope in Chile, it is possible to view Betelgeuse surface and take snapshots of it.

Edward Guinan is a veteran Villanova University astronomer and one who is observing Betelgeuse for a long time now. He says that the red giant star could be in the midst of a 430 day pulsation period. And since it now has only 36 % brightness, it could diminish further, and something unusual is going on. It could reach its lowest point on February 21  or with one week from there and could explode. But he and his colleagues also confirm that it may take 100,000 years more.

But if per predictions of renowned astronomers, supernova, or the explosion of a star  Betelgeuse happens in the next weeks, it could be a spectacular sight to watch, and it is viral online for the past few days.