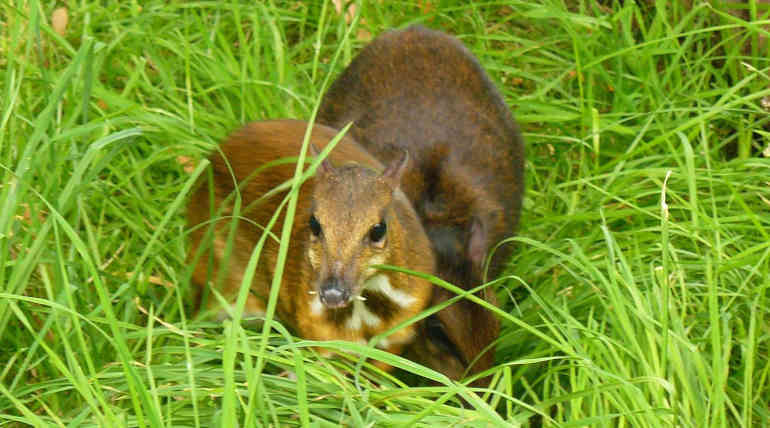 Departed mouse-deer, which was considered extinct, is back again.

A small deer species which was last seen before 30 years has been found again in Vietnam and photographed. Researchers from the US, Australia, Germany, and Vietnam reported the same with joy the reappearance of silver-backed Chevrotain (Tragulus Versicolor).

This species was last seen in 1990 as a hunter-killed specimen. A Nguyen, from the organization of Global Wildlife Conservation along with colleagues, interviewed local people in three Vietnamese provinces to identify Chevrotain contouring its description of silver-backed Chevrotain in an effort to locate the species.

More than 30 motion-activated cameras were kept in the forest habitat where more than 200 confirmed sightings were recorded. Extinctions are omnipresent, and at this age, finding a lost species provides a second chance to the idea of biodiversity conservation.

Nguyen also insisted, "This mouse deer was just an imagination for individuals like me who did not visualize it. But sudden appearance made us rejoiced, and it is to ensure that the species will never go extinct henceforth." "This appearance of species encourages us to investigate further and spend worthy timing to conserve Vietnam’s biodiversity heritage," said Hoang Minh Duc, Head of Southern Institute of Ecology’s Department of Zoology.

Some species related to silver-backed Chevrotain were living in South East Asia, and some species are discovered only in the last two decades. The species have become prey for the indiscriminate cheap hunting techniques like homemade wire decoys.

The level of hunting has gone to that extent where the Vietnam forest has been emptied with very rare species found here and there. "Empty Forest Syndrome" is what was named for the Vietnam-based forest habitat. Also, the hunting techniques have pushed numerous Annamite species to the brink of extinction.

A dedicated team is now set up to analyze the existence and its possible threats. This is just the beginning and long way to go to identify many in the camera traps and ways to find out and protect the species.