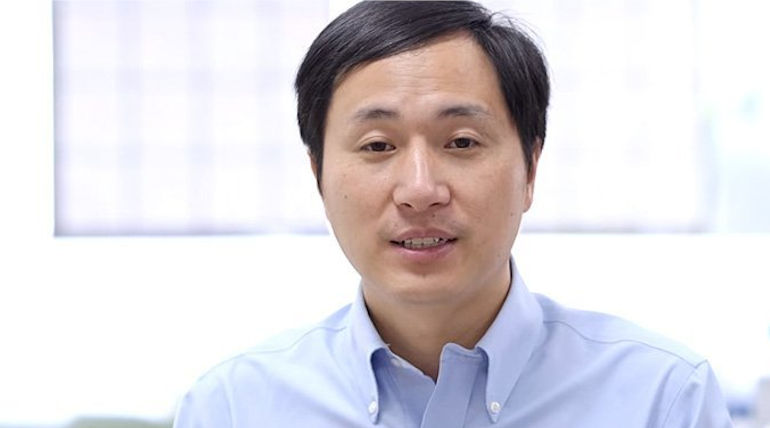 CRISPR gene-edited twins case self victim Chinese scientist He Jiankui is still away from the public world.

He Jiankui, a Chinese scientist, claimed himself as a victim for helping in the process of first gene-edited babies using CRISPR (a tool used for editing genomes comprising a family of DNA sequences which helps in preventing the spread of diseases).

Sources state that the scientist He was last seen in Shenzhen on his University balcony, after which Jiankui was fired for his CRISPR work.

Stanford Bioethicist, Dr.William Hurlbut, "All cloaked in secrecy, with zero understanding in that story."Hurlbut comes with the idea of implanting CRISPR gene-edited DNA in embryos to resist the AIDS Virus many times at the Hong Kong Science conference before the self announcement made by He Jiankui out of fame desire. Hurlbut is the one last man to hear from He, and the bioethicist refuses to reveal.

Geneticist Dr. Kiran Musunuru wrote a book about the gene editing and CRISPR babies' case that says that "Nothing has changed"at the University of Pennsylvania. He also warns that He Jiankui has caused unplanned consequences in the twins, which we were unaware of kid's health. He's work may pass and affect the future generation as well.

The gene-edited twin girls were under search, and Chinese investigation claims confirmation of existence. Reports also state that the government health departments will monitor the CRISPR Gene-edited in the embryo of twins and the people involved in the second pregnancy, which may due delivery this summer.

A safer way for editing gene in the embryos than CRISPR has been found to alter the genes say, scientists. Testing gene editing against diseases in children and adult pose no controversy when not passed on to future generations.