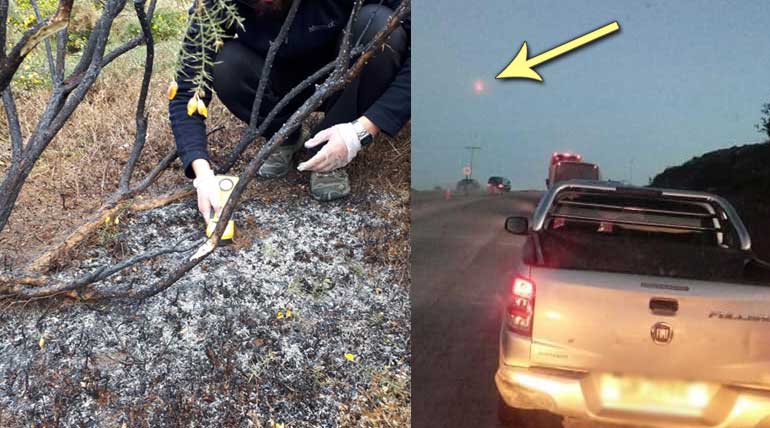 Last week seven sparkling fireballs over Chile's sky raise the alien debate again: The last weekend report of Chilean National Geology and Mining service confirmed that the flashes that lit up the Chile sky were not meteorites. Then what are they is the question of may astrophysicists across the world now? With this report, the fear of aliens has once again cropped among the UFO or unidentified foreign object enthusiasts.

In the last week of September, residents of the Chiloe Island in southern Chile saw strange fireballs soared across Chile's skies. There were several bright red objects streak across the sky. They also sparked several small fires when these flaming objects hit the ground. But with the geologists reported that they weren't meteorites, the mystery behind the chile's sparkling sky fireballs raises many questions and remains a mystery now.

Meteorites - solid pieces of debris from an object like comet, asteroid, or meteoroid that are originated in outer space. They survive its passage through the atmosphere to reach the surface of a planet or moon.

Why the seven bright fireballs were over Chile's sky was not meteorites?

Jose Maza, a renowned and Chile's celebrated astrophysicist on the television interview, speculated that the fireballs could be a meteorite or space debris. But other experts think that meteorites are not so hot to cause fires which have been reported by the Dalchaue residents in southern Chile.

And also, they feel that meteors never cause fires as they spend billions of years floating in the vacuum of interplanetary space. They have enough time to chill, and when they come into contact with the earth's atmosphere, they have only low temperatures. Meteorites are not; the seven sky fireballs over Chile's sky have started the debate of aliens again in the world.