Fish Egg Hatched Through a Swan! 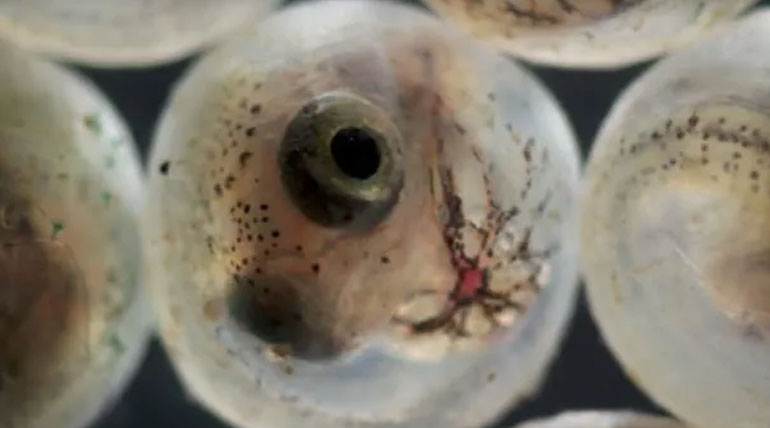 Scientist were very much surprised to see a fish egg hatch from a swan's gut. A peculiar species of fish known as killi fish manage to survive in a variety of environment.  The wee freshwater fish will survive in isolated desert pools lakes made by flood water even seasonal points that are little more than puddles.  Recently scientist found a fish egg hatch from a Swan s poop.

An International team of researchers reported in general Ecology last week call killi fish eggs make it through the digestive tract of water Birds study even hacking more than a month after its transit through a Swan.

The studies revealed that bird fishes may be capable of carrying fish eggs far from the original locations. A graduate from Unisinos University in Brazil named Giliandro Silva and colleagues found that small flowering water plants in bird feces vestel alive and be able to grow.

At the time of completing that study roundup killifish egg diesel sample from a wild Coscoroba Swan.  This made them realize that what was true for plants might also be true for fish eggs.  As the hypothesis is now ready eggs of two Killer Fish found in Brazil into the feed of swans living in a zoo and the next two days they collected what the swans excreted and look for intact eggs as expected they found five about 1% of the 650 eggs they had mixed in.

And the next step is obviously to keep the eggs in the lab to see if they would continue developing of the three day did to eventually died from an unrelated fungal infection but one hashed into a young Killer Fish 49 days after its emergence from the Swan's gut.

When the water dries up the killi fish eggs dropped into hibernation state it is able to revive and has months later if water returns.  This special ability is often why the fish sometimes seems to appear out of nowhere when a seasonal pool forms.