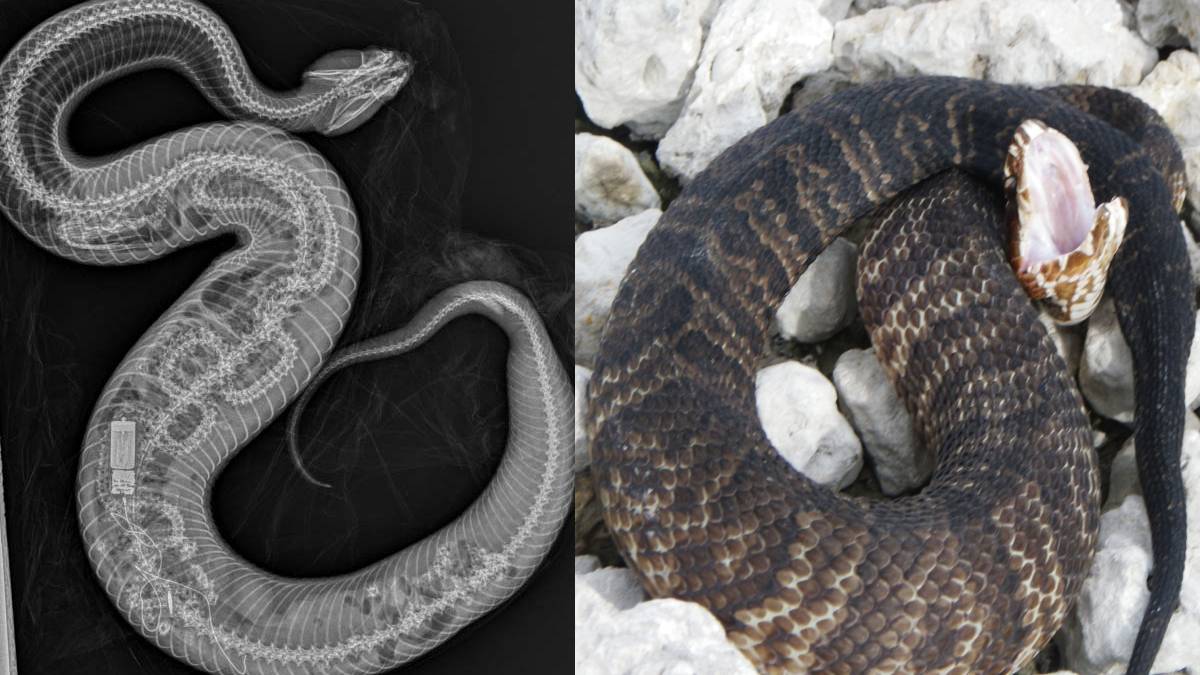 US researchers who attached tracking devices to invasive pythons to study their behaviour discovered the device inside a completely unrelated snake. This incident has made scientists wonder, and the radiograph of the cotton snake is spreading on social media.

When knew that Python is non-venomous, but it can swallow a goat. It has now come as a wonder that the Python itself was swallowed by another native snake in Florida. The researchers implanted radio transmitters inside baby Burmese pythons, which had been captured from national parks in Florida and then re-released. This was done to study Python's behaviour.

Everything was moving well, the scientists could clearly track the Python, and the study was heading well. At a certain point, the scientist observed some tracking disturbance, so they went to the Python's location with the help of the tracker. When they reached the spot, they couldn't find the Python; rather, they saw a native snake of Florida named Cottonmouth.

After the discussion, they immediately took the snake to the Miami Zoo for an X-ray scan. When the radiograph was done, they were shocked to see the Python's spine and transmitter inside of the Cottonmouth. The scientists kept the Cottonmouth for a week until the transmitter was "expelled". The snake was then released back into the wild.

You may have heard in the news about the bobcat that was documented stealing and consuming eggs from an invasive Burmese python in the Everglades. But, that isn’t the only native species that is fighting back! You can read more about it here: https://t.co/DrN6HDoOxY ? pic.twitter.com/hmY8VuWsoV