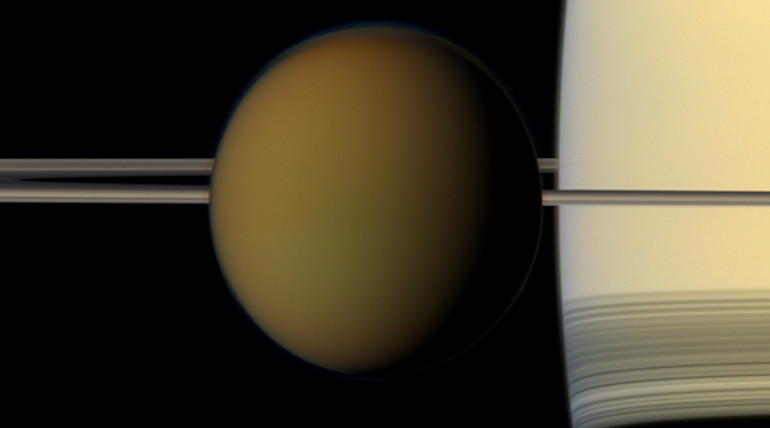 In a recent study published in the Nature Astronomy journal confirms that Titan, the largest moon of planet Saturn, is similar to Earth in many geographical ways. Unlike water on Earth, it is filled with hydrocarbons like methane and ethane. The NASA research team used the radar and visible light images from NASA's Cassini mission, which was orbiting Saturn from 2004 to 2017.

Rosaly Lopes, the lead author of this new research, says that Titan has an active methane-based hydrologic cycle that has shaped its complex geologic landscape. Rosaly is a planetary geologist at NASA's Jet Propulsion Laboratory in Pasadena, California. She and her team of Micheal Malaska of JPL, David Williams of the School of Earth and Space Exploration at the Arizona State University in Tempe worked together to record the findings.

It was from the 120 flybys of the Cassini mission's radar image, which penetrated Titan's thick atmosphere of nitrogen and methane. Its larger geologic features through the methane haze were captured with the visible and infrared instruments. Rosaly says that the study is an example of combining datasets and instruments.

Though not using Synthetic Aperture Radar (SAR), the data from the radar were used to correlate characteristics of the different Titan terrain units in certain areas where there was no global SAR coverage. Scientists called many of the large ribbon images as noodles.

The research found the possibility of six basic types of landforms in Titan. They were plains, dunes, lakes of liquid methane and not water, ancient highlands, impact craters, and labyrinth terrains like plateaus and profoundly cut river channels. Rosaly Lopes concludes that Titan can be called the Earth of the outer solar system since it has more of the geological process of the Earth.