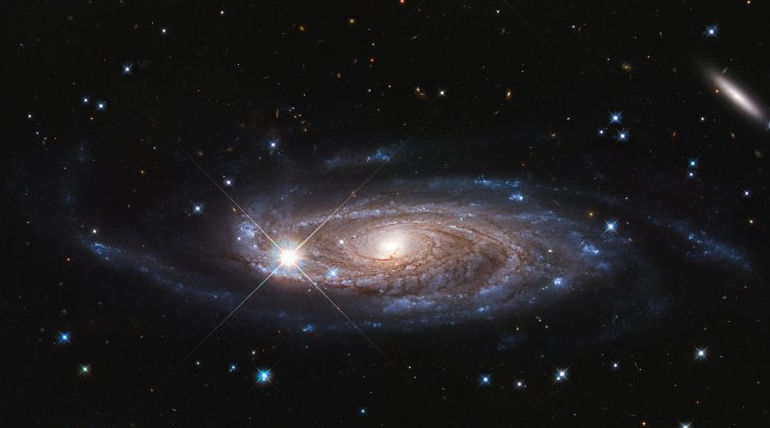 NASA Hubble telescope finds the size of the Godzilla galaxy: Researchers of the University of Louisville surveyed the gigantic galaxy or Godzilla galaxy and also by many names with NASA's Hobble telescope. The survey was presented yesterday, January 5, at the winter meeting of the American Astronomical Society in Honolulu, Hawaii. The King of the galaxy is 2.5 times larger than our milky way and has got ten times more stars and situated at 232 million light-years away from us.

Benne Holwerda of the University of Louisville, Kentucky, along with his team, started studying the UGC 2885 in the northern constellation, Perseus. It was given the nickname of Rubin's Galaxy in remembrance of the famous astronomer Vera Rubin. She was continuously in pursuit to find invisible black matter using the UGC 2885 galaxy, which is embedded inside a huge halo of dark matter. But only now, the researchers, with the help of NASA's Hobble Telescope, were able to find the many details of Rubin's Galaxy.

Benne said that the recent survey was inspired by Vera Rubin's work from 1980 to find out the size of the King of the galaxies. Rubin has measured the rotation of the galaxy to give the evidence for the dark matter. Though we found how monstrous the size is, which is 2.5 times of our milky way, we do not know how it became so massive in size. Also, it is a mystery of how such a big disk galaxy cannot hit others in the space. But we found a clue that this Rubin's Galaxy is an isolated one in space and does not have much closer to collude against them.

The center of Rubin's galaxy is to be explored by James Webb Space Telescope, which NASA is soon planning to use. NASA's Wide-Field Infrared Survey Telescope will also provide an advanced census of the cluster population of the galaxy. It also has the NASA's funded project MAST or the Mikulski Archive for Space Technologies for supporting and providing the astronomical community.