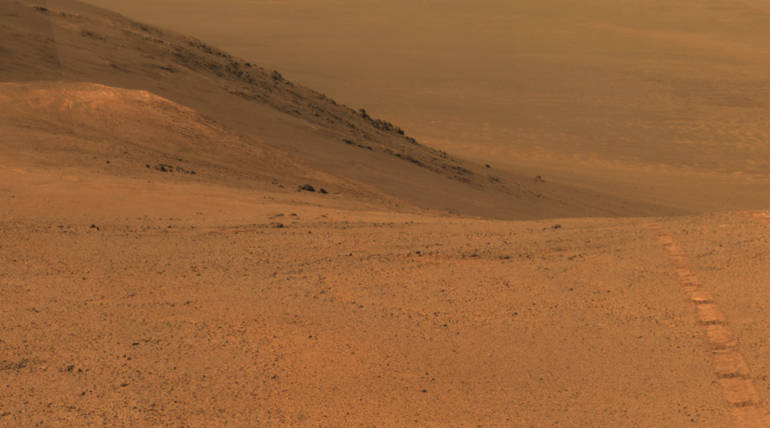 Life on Mars? Indeed, a big question that is yet to be answered. There is evidence across the internet. But, nothing seems to satisfy anyone except an entomologist at OHIO University. By analyzing many photos that were sent by the Mars Rover, entomologist claims that Mars had and still has life on it.

Dr. Romoser, an entomologist and arbovirology specialist at Ohio University, life exists on the red planet even today, and we are not aware enough to find it. He was also the co-founder of the Tropical Disease Institute. His claims are based on the photographs that were sent by the curiosity rover to NASA. He says there are many photos typically representing insects and reptiles on the planet. He claims that the rover sent photos to have evidence of both fossils and living creatures in it.

The entomologist said that the insects (insect-like fauna) of the red planet are more similar to our earth's insects as they have wings, legs, and flight, citing a photograph. According to Dr. Romoser, earth's arthropods can be sufficiently identified with their joint appendages and their exoskeleton, and the same is enough for the insect-like fauna of Mars.

Most of the photographs of Mars by the rover shows some distinct flying creatures. That distinct flight behavior resembles Bumblebees and carpenter bees of Earth, Romoser said. He also believes that more detailed images would facilitate further findings in this field.

Some photographs have pictures of fossilized reptiles. Water on Mars reported by Viking, Phoenix, Pathfinder, and even by the Curiosity rover. Now, this insect finding emphasizes the presence of the nutrient process, and food web on the planet. This finding will be more beneficial for the upcoming studies, Dr. Romoser concluded.

On the other side, NASA refuses the claim of Dr. Romoser as Pareidolia. Also, NASA said its scientists have spotted many alien faces in the form of rocks and there is no scientific evidence to back the finding of Dr. Romoser.