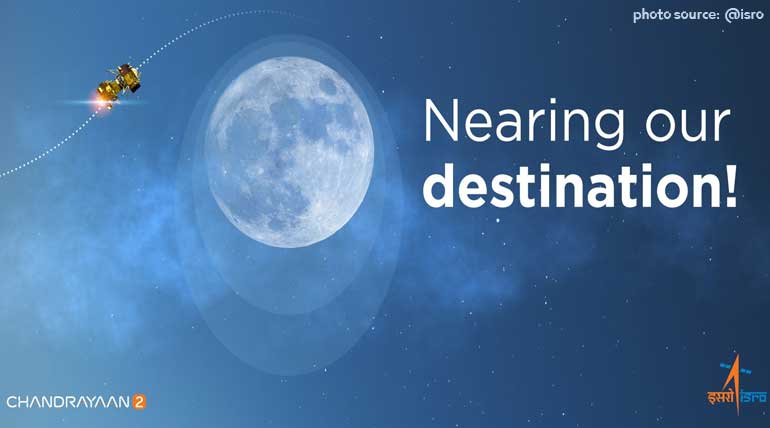 Chandrayaan-2 is now successfully in the Moon's orbit. Its thrusters have done their job to place it on the lunar orbit to enable its soft landing on the south part of the Moon for the first time on 7th September. Chandrayan II successfully left the earth orbit on 14th August, and today the all-important transfer to moon orbit is completed.

India the fourth to soft-land in Moon & the first on the southern pole of Moon:

After today's successful transfer of Chandrayaan-2 to lunar orbit, it's historic 7th September 2019 soft-land in Moon is much awaited. Once done after 18 days from now, India will become the fourth country in the world to enter into the Moon. The previous countries were America, Russia, and China. Also, India will create history to become the first country in the world to land on the south pole of the Moon. Even, the other three countries have not set foot on this part of the Moon so far.

Fingers crossed for the soft landing of Chandrayaan-2 on 7th September:

ISRO has done its job well in putting Chandrayaan-2 on the lunar orbit today. But the crucial element of it getting into the lunar gravity on 7th September is the one that more than a billion people wait to watch fingers crossed. It is because Chandrayaan-2 has to maintain an average velocity, which is three times higher than that of the speed of sound. In other words, it has to maintain the speed of 39,240 kilometres per hour to soft-land on the Moon on 7th September.

Will this 3.81 lakh kilometre journey so far of the 1000 crores Chandrayan II to soft-land in Moon successfully is the big question for more than one billion people. For the answer, everyone has to wait fingers crossed until 7th September.