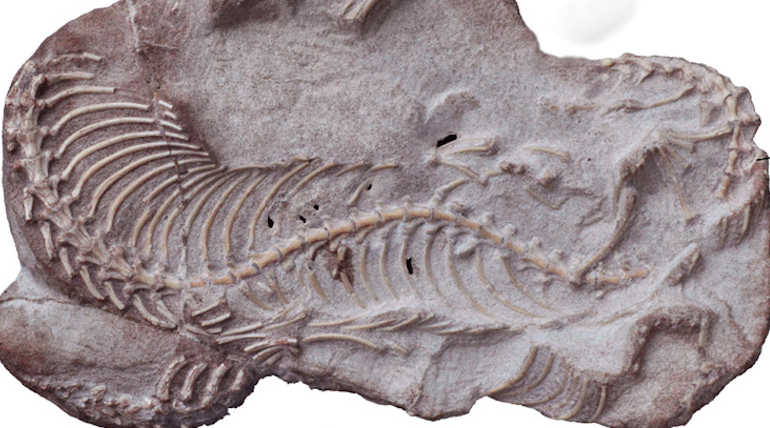 A new study of the Najash snake fossil skull has been published in Science Advances. In 2013, Fernando Garberoglio, along with some undergraduate students, discovered a near perfectly preserved Najash snake's skull specimens. Najash snake's preserved skull-skeleton has been estimated as 95 million years old with rear limbs. Najash Rionegrina is named 13 years before Fernando's fossil discovery, which counts only seven years.

Mr.Garberodigo and the team studied the evolution theory underlined in the unearthed snake's anatomy, which later evolved them limbless. Skull fossils were studied using micro-computed tomography scanning, an imaging technique to avoid fossil damages. Sectioning uniqueness from other snakes, Najash is not aquatic living but found in the terrestrial dunes of Kokorkom, Argentina.

Typical new fossil findings explain the skull lineage to lizards portraying that Najash has jugal (a rod-like bone behind the eye), which most snake family lacks. But the myth is not correct in the Najash snake. The bone below the orbit retains the shape, connections, lower bar jugal of most lizards revealing that snakes lost it in evolution, leaving rod-like jugal in modern species.

University of Alberta Palenteologist Michael Caldwell states that "Snakes are the first lizards' group to experiment with limblessness."

The new 3D skull of Najash finds the presence of jugal in ancient snakes before evolution, says Fernando.