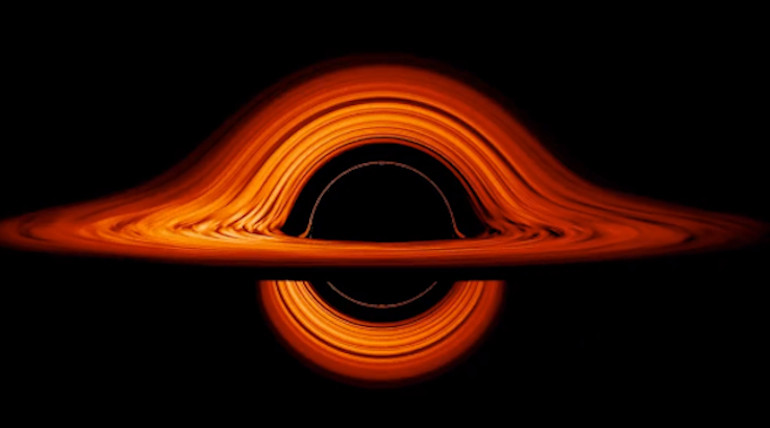 NASA has released a breathtaking black hole visualization that proves the scientific ingenuity. Black holes mentioned by Albert Einstein, were first discovered in 1971. It is one of the celestial bodies which could suck up anything on its part.

There were many discoveries reported from then on the black holes. And the latest image captured by Event Horizon Telescope and its visualization developed by NASA's custom software at Goodard Space Flight Center is stunning.

Which came first? -Black hole or the galaxy

One question that many scientists even today are unable to answer is whether it is the black hole or the galaxy to come first. Supermassive black holes which are millions or even billions of times the mass of Sun are sitting at the centres of many galaxies.

It has been discovered that they can control star formation, and when they are up, they can be the brightest objects in the universe.

What was the first picture of a black hole?

Albert Einstein first conceptualized black holes and it was John Wheeler who coined the name Black Hole in 1967. Its physical existence was discovered in 1971. The first simulated image of the black hole was calculated in 1960 using Punch Card IBM 7040 computer.

NASA today took to Twitter to inform about the stunning simulation of the black hole. It wrote that the gravity of the black hole distorts its surroundings like a carnival mirror.It helps to see what Einstein told long time ago about gravity warping the fabric of space and time.

Technology helps reveal the wonders of our space and universe in many ways. The latest mesmerizing simulation of the black hole is one such excellent example of it.

The gravity of a black hole is so intense, it distorts its surroundings like a carnival mirror. Simulations help us see what Einstein meant when he said gravity warps the fabric of space & time. Get sucked in: https://t.co/9TK79WZ6Fr pic.twitter.com/B6k7cHjpA6