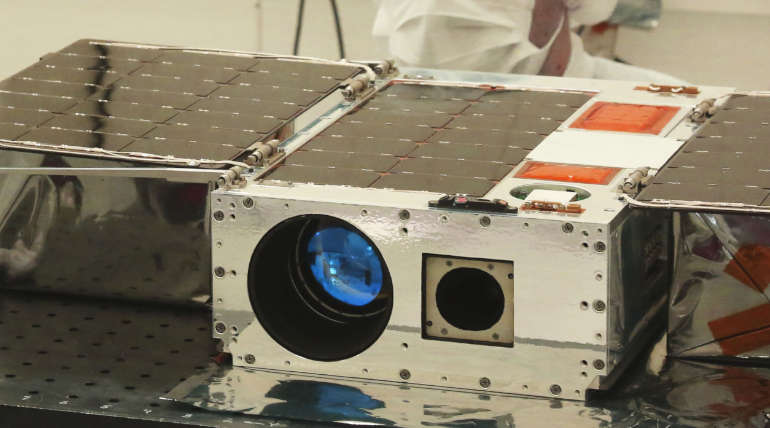 The Tiny Planet Hunter of NASA has Gone Unanswered: It is just a briefcase-sized spacecraft, a preparation of NASA in collaboration with Massachusetts Institute of Technology, ASTERIA is a planet hunter launched back in 2017. It helped NASA in finding exoplanets revolving in the space. Now, NASA's Jet Propulsion Laboratory declared that this CubeSat has gone dark and become uncontactable. NASA has lost some good and helpful spacecraft since its existence. Now, this is just another add on to the loss that the space agency could only mourn on.

ASTERIA, the CubeSat was launched back on November 20, 2017. NASA believed that such kind of CubeSats could help in a larger sense someday. ASTERIA was designed to find stars and planets other than ours by measuring the brightness beaming from a distant star. It finds exoplanets by analyzing the dips in the light from a star.

Dips are the commonly visible result from a star when a planet is transiting the light of the star reaching the vision of the observing object. To put it simply, ASTERIA finds a planet when visible light form a start gets blocked by the planet revolving around the star to reach the satellite observing the light.

Since its launch into the orbit of Earth, ASTERIA has sent many data to form the space that kept the planet hunter of JPL busy decoding the data for clues of an exoplanet. Lorraine Fesq, the manager of the ASTERIA program, said they are disappointed to see this tiny helpfull sat to go offline after delivering extraordinary information.

The CubeSat was launched for a three-month mission. Fortunately, after completing the primary mission, ASTERIA supported the team by being active in taking other kinds of missions like an in-space platform. NASA has tested various ideas on the platform, such as introducing artificial intelligence in the field of searching exoplanets.