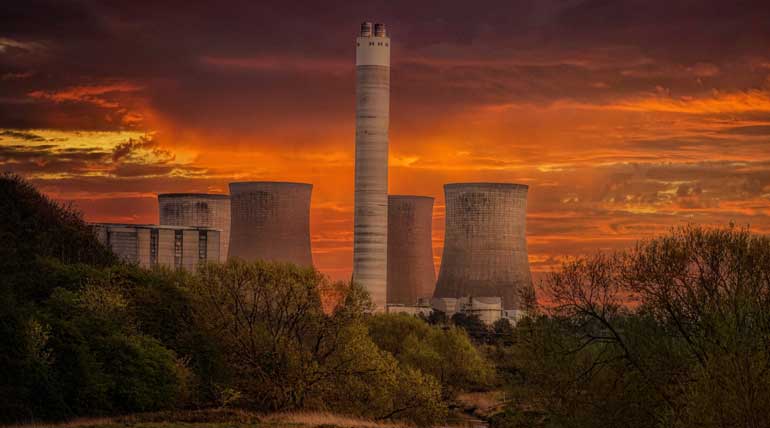 New form of uranium found which may contaminate groundwater - Nuclear Waste disposal at high risk: Many governments are planning to dispose of nuclear waste or radioactive waste by burying it underground. But the new research has revealed alarming threats that such a storage condition could lead to the release of a new chemical form of uranium temporarily while small amounts of uranium are released into solution.

Uranium in the liquid state will groove its way to underground water easily. This is a major threat to countries which depends on the nuclear industry. But the happy note amidst all these is that it would take hundreds of thousands of years before this waste becomes hazardous.

It is our responsibility to give the earth benign to our future generation. Hence alternate safe methods of disposal are contemplated and one such thing was geological nuclear waste disposal, burying it several hundred metres underground. Many countries are in the execution phase of the same.

"Earth cannot be sterilized," said Professor Samuel Shaw. No matter how much ever metres underground the wastes are buried after hundreds of thousands of years but radioactive waste will be in contact with the groundwater and the microbes and the chemical they produce.

Uranium can have different oxidation states depends on the number of electrons the element has when it forms a compound. Some states are mobile, but if sulphides are more created by microbes underground, uranium should not be mobile.

To investigate further shaw and team mimic a geological disposal unit with a bright source of light "Diamond source of light". A new form of uranium was found with sulphide, which is new not found before. The study showed that the newly discovered form of uranium gets dissolved binding to sulphur atoms that can dissolve as it is immobilized.

About 1 to 2% passes into solution during the process. The clarity in the research proved that the newly discovered would get dissolved and does not raise much concerns and as of now the geological disposing unit is the best way to process.