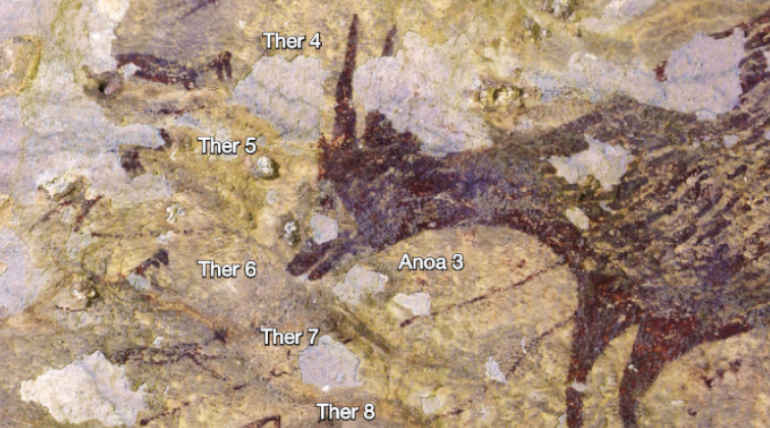 On the island of Sulawesi in Indonesia, 4.5-meter cave art was found two years back. For the past two years, researchers of Australia's Griffith University analyzed cave art with the latest dating technologies. Now it is confirmed that it dates back to 43,900 years and belongs to the Upper Paleolithic period.

Similarly, a cave painting of animals was found in Borneo Island in Indonesia a few years ago. It was found to be at least 40,000 years old. But the now published cave art also has half-humans with animal or bird heads. They seem to be hunting the animals with spears.

Adam Brumm, an archeologist at Griffith University in Brisbane, says that it is a rare piece of cave art. With more than 242 caves in Sulawesi, there were many cave arts found before. But nothing is as unique as the newly found one says, Adam.

He was also one of the scientists to have reported similar 40,000-year-old cave arts in 2014 and 2018. Only these reports negative the world thinking that the Europeans were the pioneers in cave arts dating back up to 21,000 years. Sulawesi Island has a lot to say about human history for thousands of years ago.