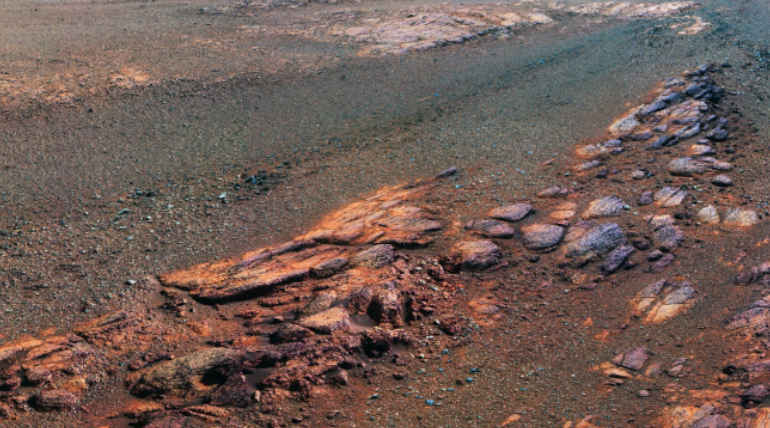 Opportunity's last Mars pictures before death mesmerize all: The opportunity rover sent by NASA in 2003 survived on Mars more than expected and is declared dead now. Its sibling Spirit sent along with it met it ended way back in 2011, not able to withstand the red sand of the Mars planet.

But the final Panorama of 354 individual pictures taken by the Opportunity rover's panoramic camera from May 13 to June 10 is mesmerizing all.  For Opportunity Rover, the planned 90 days mission turned into an adventurous 15 long year journey on the Red Planet.

John Callas, from NASA's jet propulsion center Laboratory in Pasadena, California, says that the final Panorama establishes how well the mission of Opportunity performed on Mars. The mind-blowing pictures have made the extended mission of exploration and discovery a grand success.

Opportunity and Spirit are the two rovers sent by NASA in 2003 to the red planet Mars for discovery and exploration. Spirit unable to withstand the harsh Mars conditions was declared dead by NASA in 2011. But Opportunity, expected to last only 90 days, was functional for more than fifteen years before it was announced unfunctional from February 2019.

It was instrumental for a lot of work on Mars. It has a one-day Mars driving record in 2005 by traveling 220 m or 721 feet. It has captured more than 217,000 images of Mars. Established 52 rocks on Mars with their fresh mineral surfaces. At its landing site, it found hematite which is a mineral to form in water

The Panorama consisting of 354 pictures taken from Opportunity's Pancam released now, shows the red planet Mars in different dimensions. It was taken from May 13 through June 10 or 5,084 through 5,111 sols or Martian days. It also shows its final resting place on the red planet. Maybe in future NASA will send another rover or men to find Opportunity to thank it for the beautiful Panorama that the world is enjoying now.