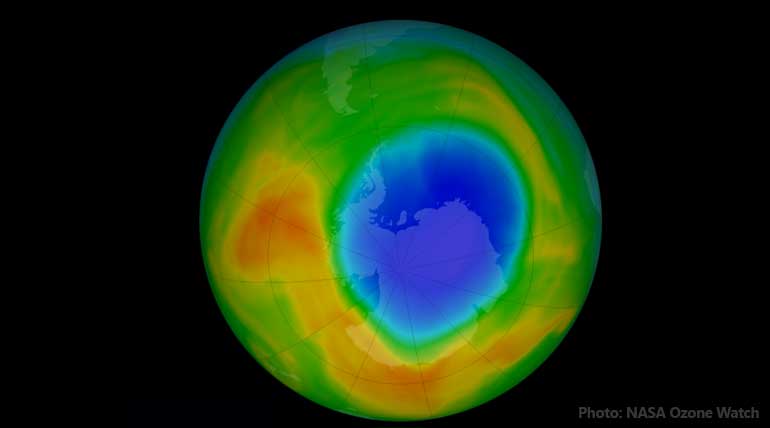 Major Setback in Ozone Layer Recovery Delayed Till 2037: Due to China's illegal gas emission from banned chemicals seems to delay the ozone hole recovery process around 18 years, as per the latest reports. China, one of the largest economies in the world, has created a major impact on this recovery program. The depletion of the ozone layer around the regions of Antarctica has been substantially recovering from this massive event that happened for a few decades.

According to the Journal published by Nature Communications, the worst possible case would be because of China's illegal gas emission may push this recovery event to another 18 years and will cause severe damage to nature and the environment.

The major chemical used in the process of gas emission is Trichlorofluromethane (CFC - 11), which has been used as an insulation in many electronic and electrical appliances. The larger emission of the CFC â€“ 11 gases around the years 2013 to 2017 has affected the recovery process significantly. These harmful gases will react with UV rays on the stratosphere and will destroy the ozone layer.

In the year 1987, the Montreal Protocol was followed to identify the excessive usage of such deadly chemicals. Later in 2018, it has been found that the provinces of China, namely Shandong and Hebei, had a massive inclusive of those chemicals at the range of 40 to 60 percent, which in turn raised this issue.

Martyn Chipperfield, an Atmospheric scientist from the University of Leeds, has addressed the media that, "This was the first instance where the Montreal Protocol has been violated, and there has been uncertainty regarding the level of gas emission," he added.

The estimation for this ozone layer closure was predicted around 2060, but due to this issue, it might go way beyond 2078 and the necessary steps to be taken instantly to finish this recovery process in-time.