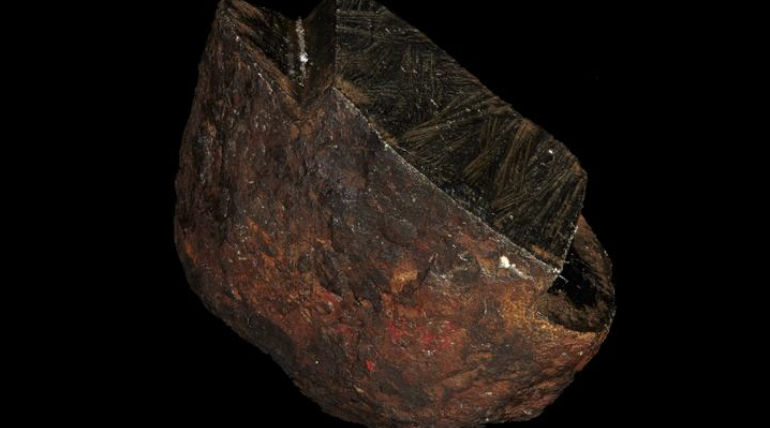 In 1951 the Wedderburn meteorite was kept in the Museums Victoria in Australia as it was found in the locality. Researchers started to cut it open and found so far 500,000 to 600,000 minerals in the lab. But only around 6,000 of them are found to be in nature.

One such new mineral named this year is Edscottite, after renowned cosmochemist Ed R.D.Scott. He was at the University of Hawaii at Manoa and was a pioneering meteorite researcher. In 1971 while studying a meteorite, a unique iron carbide was first identified by him. But due to a lack of technology, he was not able to characterize its structure.

Chi Ma of Caltech and Alan Rubin at UCLA were researching the Wedderburn meteorite. When they were studying a slab of the meteorite with an electron microscope, suddenly, they were surprised to find Edscottite.

Iron goes through many phases to be smelted to steel. One of the phases is Edscottite when iron cools down from high temperature. But for the first time, the researchers have found Edscottite in nature now.

Stuart Mills is the senior curator of geosciences at the Museums Victoria, where the Wedderburn meteorite is sitting safely for the past sixty-eight years. He said that the meteor has a lot of carbon in it. While cooling down, the iron and carbon must have combined to form this new mineral.

Geoffrey Bonning is a planetary scientist at the Australian National University suggested that the hypothetical planet must have been struck by some other astronomical body and flung the debris across the solar system. The Wedderburn could be one of the debris meteorites, which now reveals new minerals.