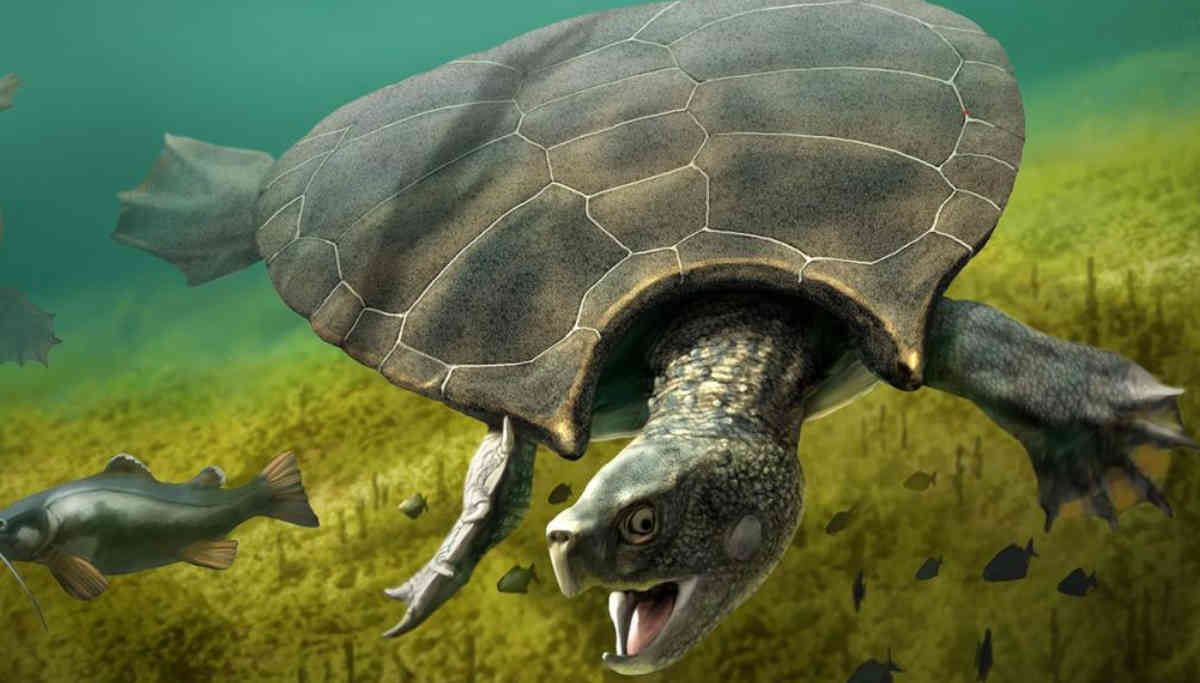 Nine-foot long turtle unearthed by a paleontologist with relatively most significant spikes on its shell: For five decades, scientists have pulled a lot of fossilized turtle shells and unleash the mystery involved from the grounds of Central and South America. Not ordinary cases, but there is a finding that turtles of 8 feet long from tail to tip. But the other attributes are oblivious.

The looks, behavior, and the consumption status of the turtle lived are unaware. But the new analysis of various remains apprise us with some clues, and the discovery of the longest complete shell yet gave us an idea of how this mega turtle called Stupendemys geographicus navigated marshy lands of  America, 13 million years ago.

In the journal, Science Advances, the longest ever found turtle is over 9ft. Massive horns protruding from the shell symbolizes the male turtles involved in fights. The jawbones on the turtle indicate what the freshwater beasts would have fed upon and draw up many theories.

"This was actually a forgotten species, and we are in the journey to make everyone recapitulate the same," said Edwin Cadena, the study's co-author, and paleontologist. 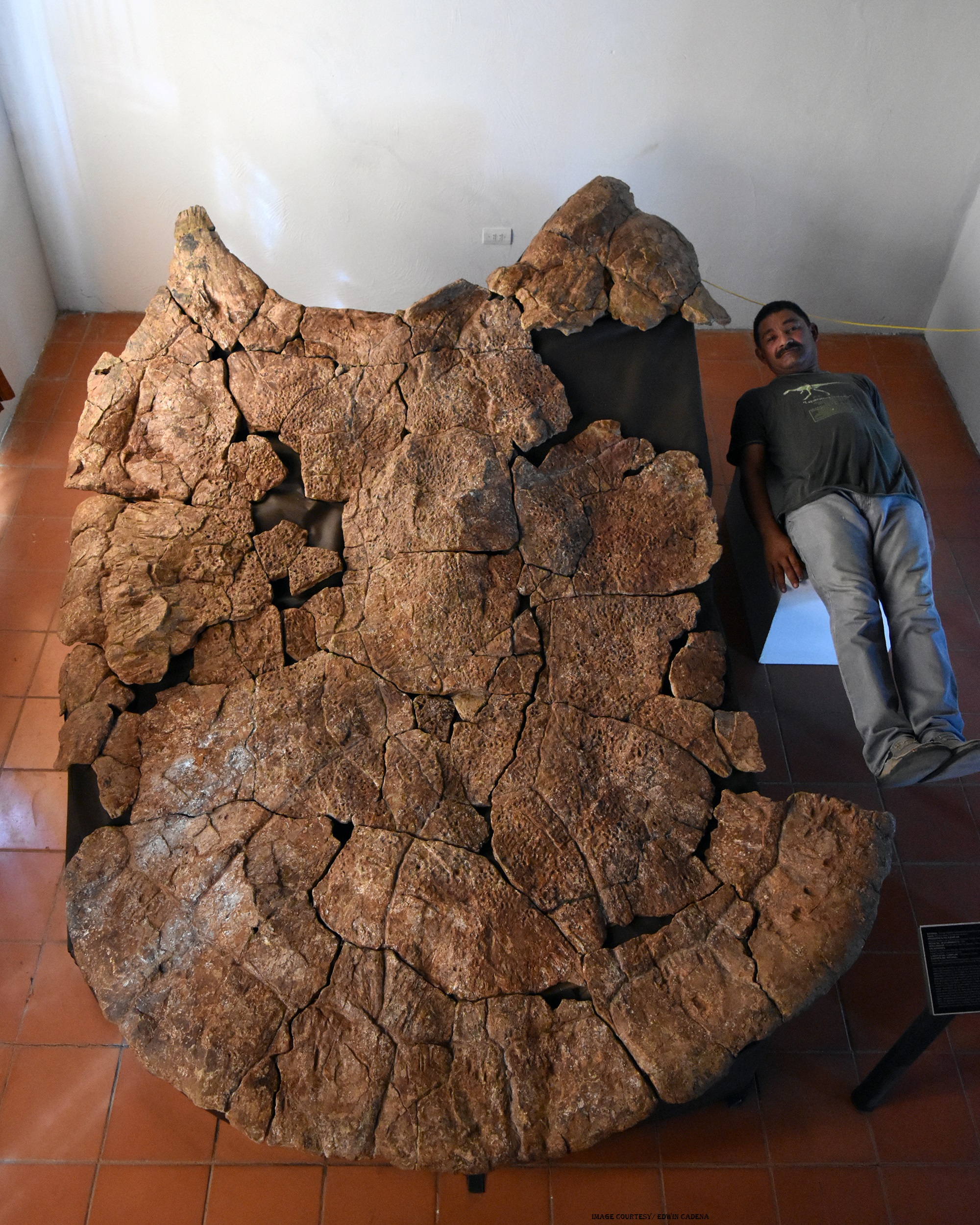 Back then, it was spacious for S.geographicus when it was paddling through freshwaters. Extending from Central and South America, the region of modern-day Peru, Brazil, and Colombia were the marshy and ideal habitat sustained for the species. Then, after five million years, geographic features changed. The habitat has become smaller and more specific, and with these constraints, the species have started depleting and now became remains to us.

From the inferences, Cadena and colleagues painted a complete picture of how the turtle lived. Modern-day turtle with the same jaw bone feed on snakes, crocodiles, and other reptiles. The flat bone might have helped the turtle to crack mollusks and snails. They have similar size of the hornlike the modern-day turtles.

"It is fascinating to imagine such creatures lived. Our scientific community can work together and unearth many species like this," Cadena concluded.