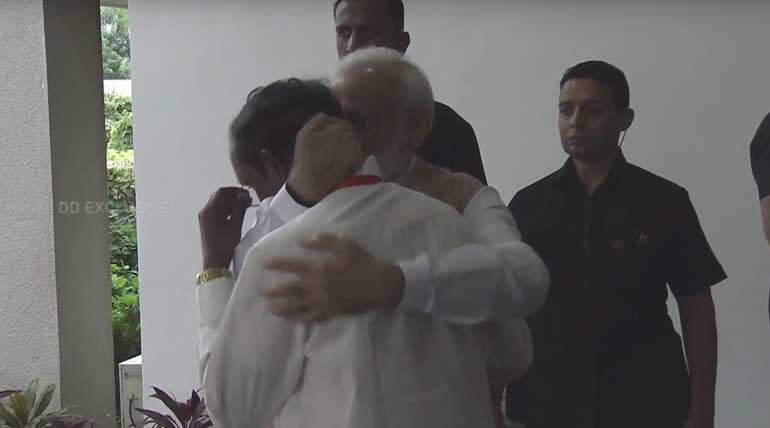 Emotional Sivan breaks down before PM after Vikram's failure to land in Moon : Chairman of ISRO, recent recipient of Abdul Kalam Award, Scientist K.Sivan was all tears hugging Prime Minister Narendra Modi. It happened at the meeting of PM Modi with the scientists after the failure of Vikram to land in Moon. Prime Minister Narendra Modi was consoling all scientists and finally was having a word with Sivan when he broke down. Prime minister Narendra Modi hugged him and patted his shoulders with some consoling words. That is a very moving sight for anyone today after the sad news of Chandrayaan-2.

But why should Sivan be so emotional? Chandrayaan-2 Space mission was a pet project of this great Tamil scientist Sivan - on the footpath of Abdul Kalam. Abdul Kalam and Sivan come from a low-income background with not much educational support. But both shot up to fame with their interest and hard work for space research.  Only yesterday evening he said that Chandrayaan-2 is like a newborn baby and needs to be taken care of in the moon landing. He referred not only Chandrayaan-2 as a newborn baby for technical reasons but also as his baby. But when it failed he has nothing to do but cry.

Is Chandrayaan-2 not landing on Moon a big drawback for Sivan? Though Sivan was emotional and in tears because of Chandrayaan-2 fate, it is not a failure for him due to the following reasons: