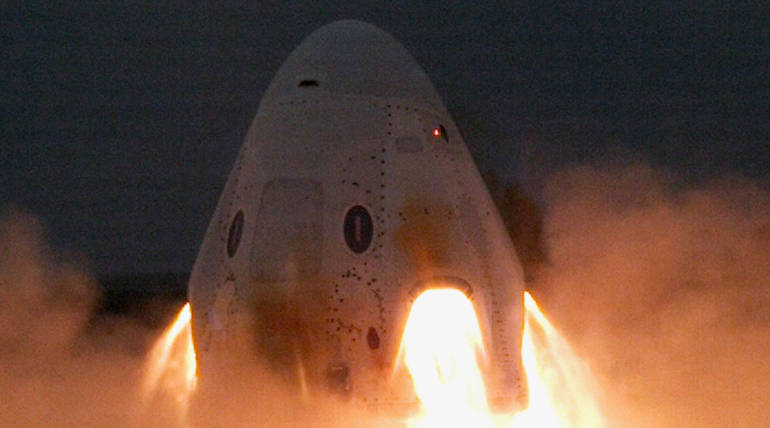 Elon Musk's SpaceX, with its successful static fire test of Crew Dragon on November 13, 2019, is now all set to send two NASA astronauts to ISS in the first part of 2020. It comes as a significant relief as the early attempt of Crew Dragon spacecraft on April 20, 2019, ended in a catastrophic explosion. If the SpaceX's last mission of taking Bob Behnken and Douglas G. Hurley to ISS or International Space Station is successful, then SpaceX will be certified as a regular crew to carry astronauts to the space station.

SpaceX is a private American aerospace manufacturer and space transportation services company owned by Elon Musk. Its goal is to reduce space transportation costs to enable the human colonization of Mars. SpaceX has developed Falcon vehicle and Dragon spacecraft family, of which the Crew Dragon has completed the static test fire on 13 November. On 11, it also has successfully launched 60 satellites in orbit.

SpaceX, under NASA's commercial crew program along with Boeing, the largest aerospace manufacturer are all set to send NASA astronauts, next year, to ISS. It is after their historic success yesterday of the static test firing of Crew Dragon capsule near the SpaceX's Landing Zone 1 at Cape Canaveral in California.

Bob Behnken on his ISS trip:

Robert Louis "Bob" Behnken, who is expecting to fly to ISS from its first schedule time in 2017, said during a recent visit to SpaceX headquarters that, if something comes up again, that they do not know, the flying to ISS may even take a longer time. But if the last hurdle of the these two NASA successfully go to ISS and come back safe, flying to space will become a routine for many people in the world.