A Recent Thermonuclear Blast recorded by NASA was the Brightest Ever 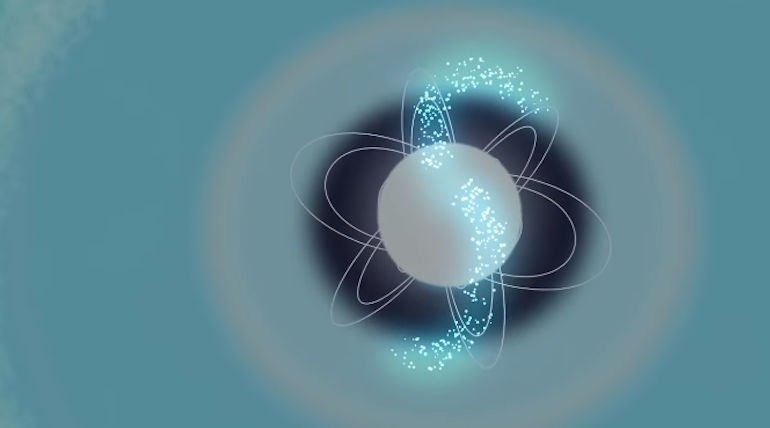 A Recent Thermonuclear Blast recorded by NASA was the Brightest Ever

Space is a dangerous metal place,  was once again confirmed by a tremendous thermonuclear blast deep in it. Last month, The Astrophysical Journal Letters verified the said explosion in August of 20 seconds, giving out energy equal to the sun's unleashing for ten days. NASA says the cause of the blast as a distance pulsar, which is the remains of a blown-up star in the supernova. Since it was too small to form a black hole, its intense beam of x-rays was picked up by NASA's NICER orbital observatory.

NASA's Neutron Star Interior Composition Explorer or NICER head Zaven Arzoumanian explained about the thermonuclear blast. NICER's telescope on the ISS or the International Space Station detected a sudden spike of x-rays on 20 August. Since its launch in 2017, NICER saw for the first time such a tremendous x-ray burst from an object named J1808.

Lead researcher of the published research, Peter Bult, an astrophysicist at NASA's Goddard Space Flight Center in Maryland, further explains about the blast. The observation of the explosion reveals many never before seen phenomena from a single burst. Also, the causes for the brief brightening of the subsidizing fireball is yet to be ascertained by the astronomers. He also said the blast was outstanding, and there was a two-step change in the brightness. It could be due to the ejection of separate layers from the pulsar surface or the blown star's surface. To help NASA to decode the physics of these significant events, the other features of the blast will be of good help.

Co-author Deepto Chakrabarty, an MIT professor of physics, says that the study had exploited the longstanding concept of Eddington Limit in a new way. It is the maximum radiation intensity that a star can have before it causes the start to expand. The idea was named after the English astrophysicist Sir Arthur Eddington. Deepto further says that the object K1808 is located about 11,000 light-years away in the constellation Sagittarius, spinning at a dizzying 401 rotations per second.