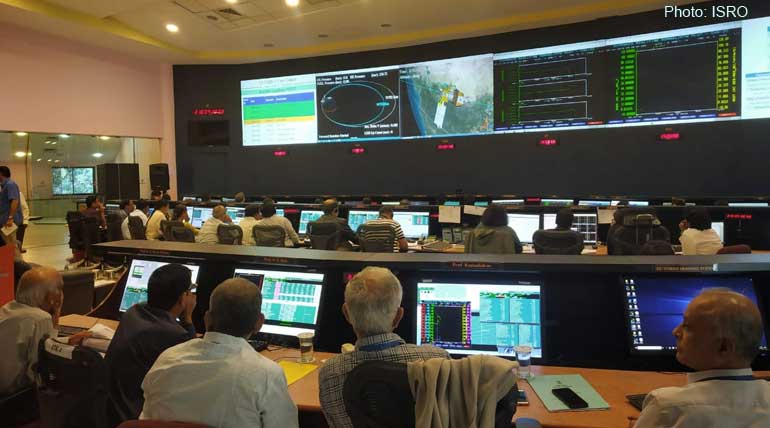 It will be the most crucial for Chandrayaan2 to land its lander Vikram on 7th September to roll out its rover Pragyan. It will create history being the first to set foot on the southern pole of the moon to detect its resources.

What are deorbiting manoeuvres? There are two deorbit manoeuvres to be carried out by Vikram lander in the lunar orbit. The first one of 109 X 220-kilo meter around the moon was completed by it in four seconds at 8:50 hours now.

The second and final deorbit of 39 x 110 kilometre will be conducted tomorrow 4th September.

The two deorbiting manoeuvres are conducted to slow down the pace of the Chandrayaan2 spacecraft's engines to bring it close to the moon's surface. Only these two manoeuvres will make its soft-land on 7th September.

ISRO chairman on deorbiting manoeuvres: Earlier ISRO Chief K.Sivan, who was recently conferred with the prestigious Abdul Kalam Award spoke about deorbiting manoeuvres. He said that deorbit manoeuvres is the process to burn all the five engines for a short while to reduce the distance between the lander Vikram and moon.

It will be taken in the opposite direction of the southern pole lunar region to conduct this burning for a short time. He also said that the manoeuvres are considered critical because even a minute hurdle during the process could have far-reaching impacts on the lunar mission.

Now the lunar mission is controlled from ISTRAC, Bengaluru and all scientists along with billion of Indians are fingers crossed for Chandrayan II soft-landing on 7th September.