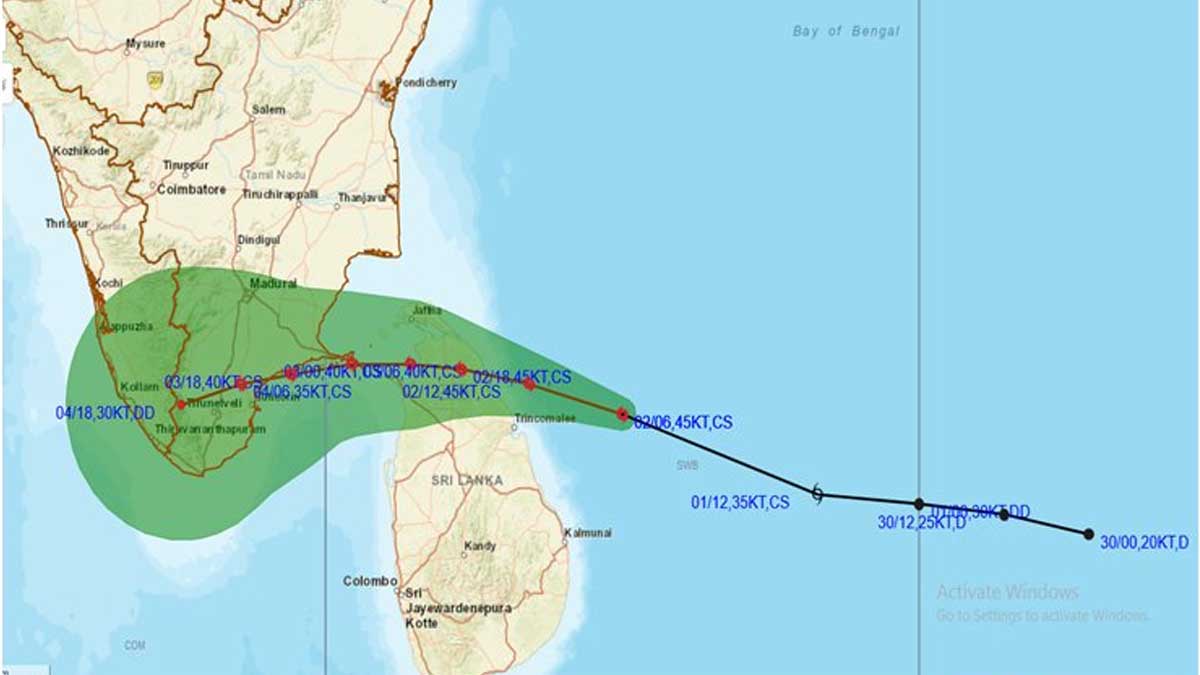 Burevi will hit Southern Tamil Nadu and Kerala as a severe cyclonic storm resulting in very heavy rainfall. The deep depression in the south-western and south-eastern Bay of Bengal will cross the coast near Trincomalee in Sri Lanka tonight and then approach the Kanyakumari coast in the early hours of December 4.

It will cross the border between Kanyakumari and Pamban, according to the reports of the Indian Meteorological Department. Indian Meteorological Department warned for cyclone alert on the coasts of Southern Tamil Nadu and Southern Kerala. With only a week over with the Nivar cyclone in Tamil Nadu, the state is getting ready to face the second storm without even proper recovery from the first cyclone.

Burevi lying over South western Bay of Bengal travels north eastern side and will cross Trincomalee's coast in Sri Lanka today evening or night. Likely, the wind will blow at a speed of 80-100 kmph while crossing the coast. After reaching Trincomalee, the Burevi cyclone is expected to arrive near the Gulf of Mannar on December 3.

As an end note, Burevi will cross the Southern Tamil Nadu coast between Pamban and Kanyakumari as a severe cyclonic storm at a speed of 60-80 kmph. Due to this, Kanniyakumari,Tirunelveli, Tuticorin, Tenkasi, Ramanathapuram and Sivagangai districts will receive heavy to very heavy rains as per the Indian Meteorological Department predictions.

Meanwhile, 75,000 Tamils ​evacuated to shelters in Trincomalee of Sri Lanka due to the Burevi cyclone hit. Teams of the National Disaster Response Force (NDRF) have been deployed at Thoothukudi and Kanniyakumari coastal areas of Tamil Nadu and Alappuzha region of Kerala as a precautionary measure to save people from the hit of the Burevi cyclone from Sri Lanka.