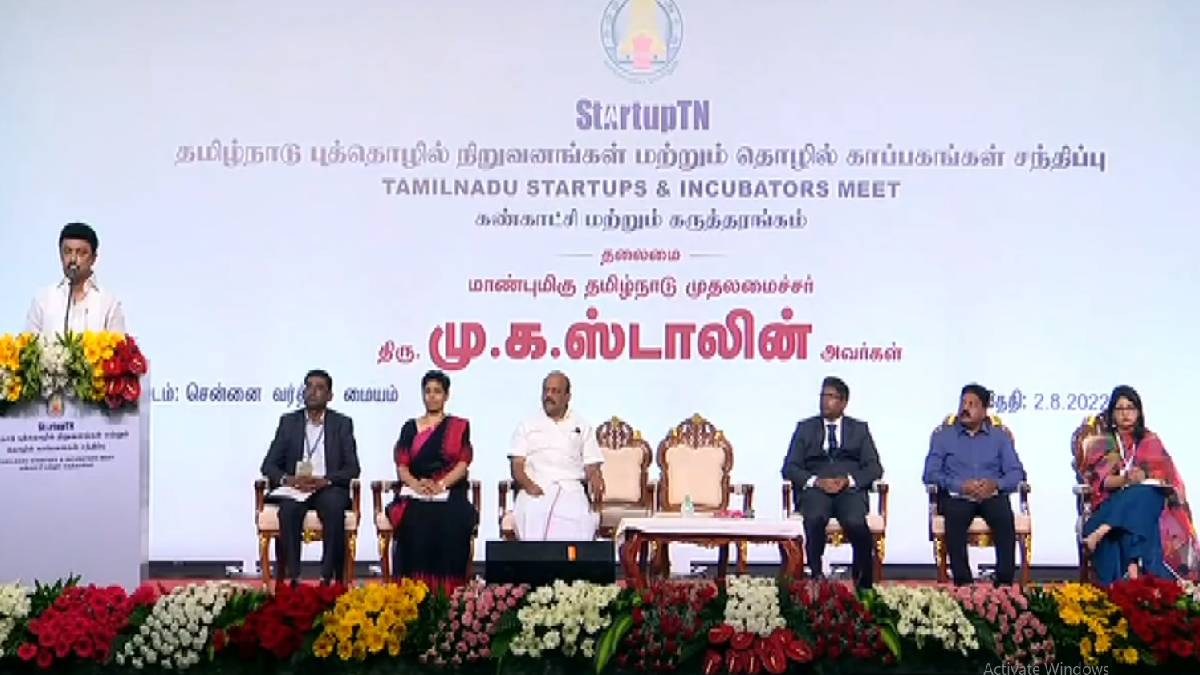 Chief Minister M.K.Stalin said that he is planning to hold two major conferences related to the industry. The Chief Minister inaugurated and visited the exhibition organized by Tamil Nadu Industrial Companies and Industry Archives at Nandambakkam Trade Centre, Chennai.

After this, he opened the seminar Hall and addressed everyone. At that event, the Chief Minister said, "The Dravidian model government is going on so that everyone can get everything. Tamil Nadu has moved from 14th to 3rd place in the list of states that are easy to do business with.

Tamil Nadu has the largest number of incubators in India. All sectors are moving forward in Tamil Nadu. Two conferences on innovation and entrepreneurship will be held. Two major conferences are planned to be held at the end of this financial year," said the Chief Minister.

Tamil Nadu CM Stalin has tweeted regarding the same. He mentioned, "Attended the meeting of Tamil Nadu Industries and Industry Archives and gave a keynote address."