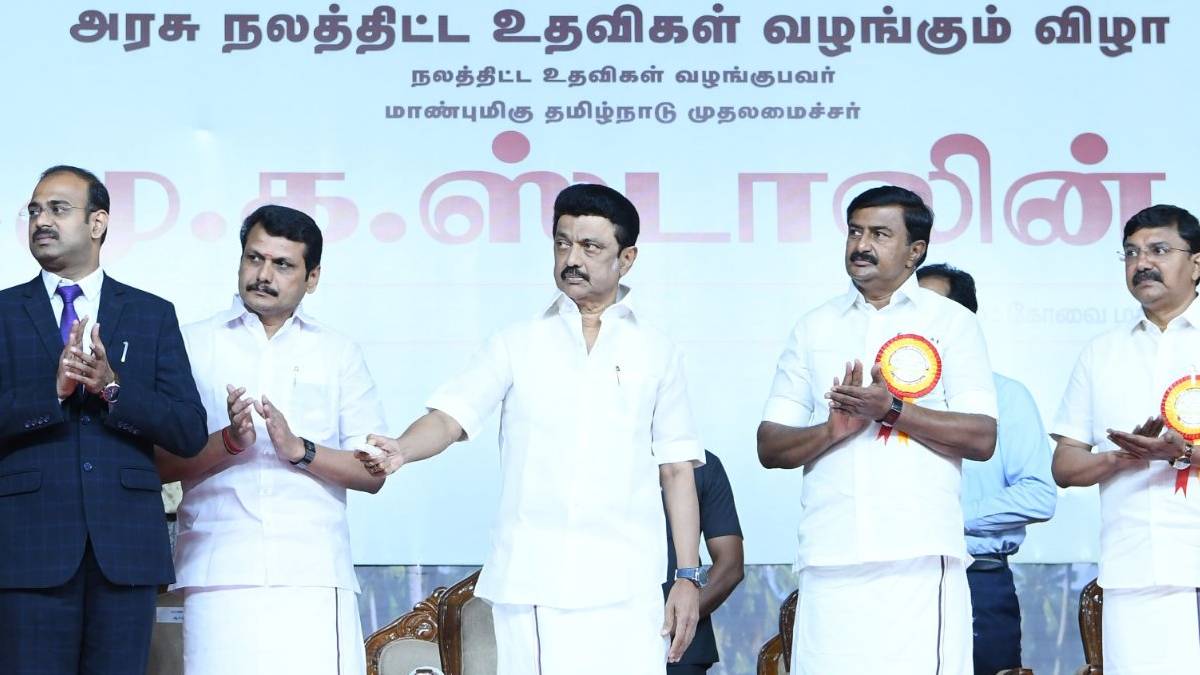 After that, 1.07 lakh beneficiaries will get Rs. 588 crores and welfare assistance. Also, he initiated 226 works with an estimated cost of Rs 267.83 crore. After this, Chief Minister Stalin said, ''Coimbatore district excels in all fields. We have completed various projects for the development of this district.

So far, more than Rs.1200 crore in welfare assistance has been provided in Coimbatore. Airport expansion works Rs. 1,800 crores has been earmarked." He said that.

Also, Tamil Nadu is progressing rapidly in all sectors. Other states are closely watching the plans of the Tamil Nadu government. Chief Minister Stalin spoke in Coimbatore about free buses and free electricity.

Following this, Chief Minister Stalin will participate in a public meeting held on behalf of DMK at Pollachi Achipatti in Coimbatore. This grand public meeting is the ceremony of merging thousands of people from various alternative parties, including AIADMK and BJP.

Chief Minister M.K.Stalin will discuss this with the entrepreneurs in the Tirupur district on Thursday. Following this, Chief Minister Stalin will visit the Avanasi Athikadavu project works on Friday, participate in the government function held in the Perundurai area, and provide welfare assistance.