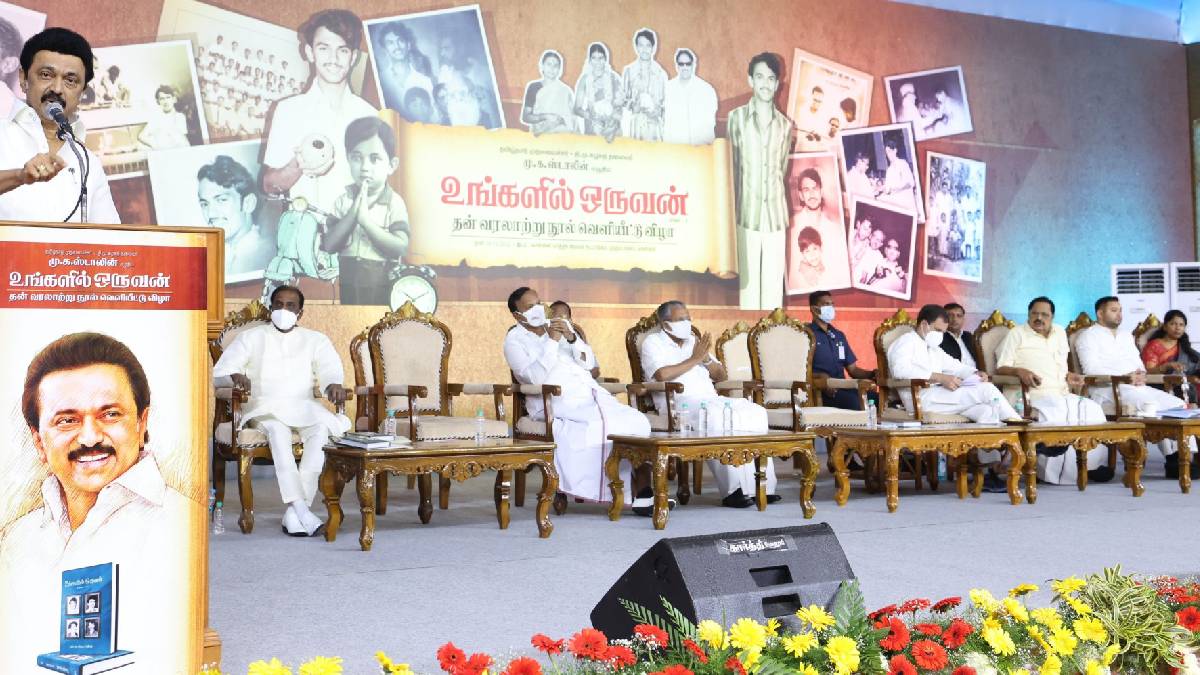 The launch of the first part of his historical novel 'Ungalil Oruvan' written by Chief Minister Stalin took place at the Chennai Trade Center yesterday. Former Congress leader Rahul Gandhi has been released the book. Minister Durai Murugan received the first copy. The speech given by Rahul Gandhi is high on talks among the party members.

In the event, Rahul Gandhi said, "I recently learned that what I had said in Parliament was greatly appreciated by Tamil Nadu. When I came out of Parliament, a journalist asked, 'Why did you mention Tamil Nadu so many times?' He asked. Immediately without knowing me, I said, 'I am Tamil'.

Then when I got in the car, I wondered why I said that. I was not born in Tamil Nadu; I don't speak Tamil, But my blood is mixed in your soil. Losing my father was the most tragic experience. The Prime Minister is trying to impose some other ideologies in Tamil Nadu. The people of Tamil Nadu are constantly talking about the 'NEET Exam'; They say they are affected by GST.

When I started the Gopalapuram Youth DMK, I did not even think that one day I would become the leader of the DMK. I never thought at that time that I would one day sit in the Chief Minister's chair. But I determined my goal very precisely. The Dravidian policy is my life. I shaped myself in my childhood that our daily work is to benefit Tamil Nadu.

Stalin stressed that the Constitution of India should be amended to give more power to the states. All parties must have a voice in this. He said: I will be one of you in any responsibility. I will act as one among you for the rest of my life. "