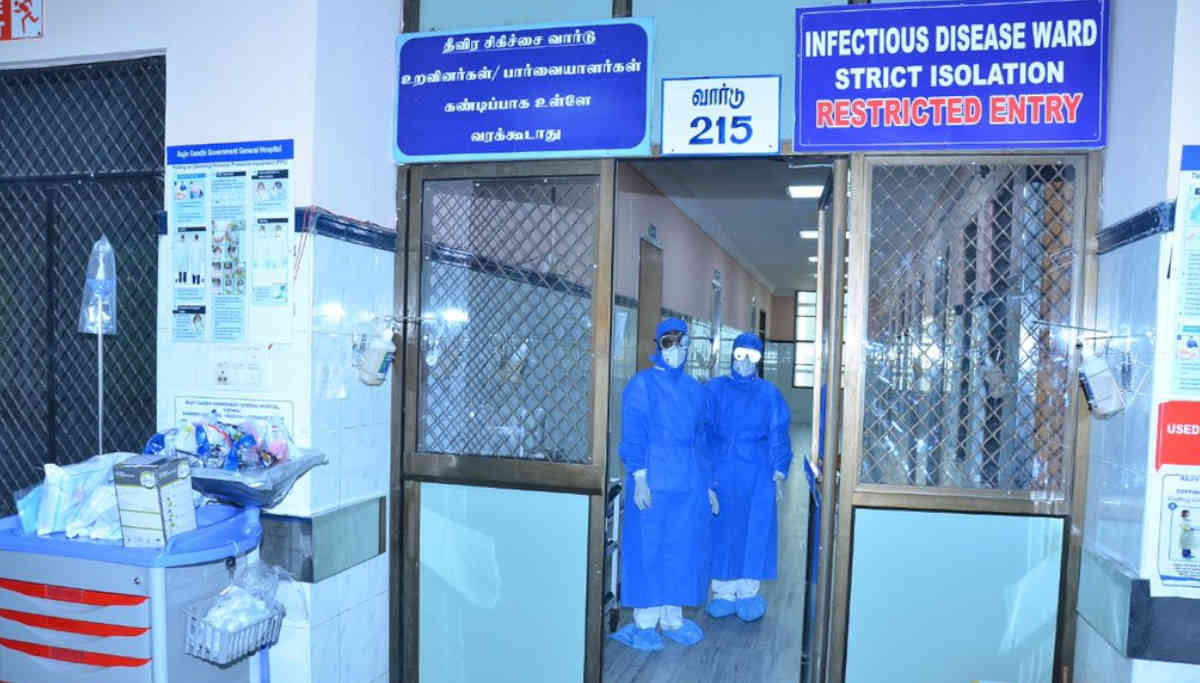 Coronavirus Isolation ward in an Hospital in Tamil Nadu

Coronavirus is the talk of the globe. A lot of news is getting surfaced, and social media is also replete with information about the virusâ€”more than 2000 dead in China due to this virus attack. Reportedly, more than 25 countries have already contracted the virus. Amidst these, Tamil Nadu also got people ported from China, and they are under strict observation in hospitals.

Sources said that approximately 55, 051 people are ported from different countries to India. Out of those, 2358 are from china Wuhan. They are under strict observation. Health Minister Vijayabaskar stated, "There are a total of 2538 ported from china.

They have been kept under observation for any virus attack. All suspicions are tested immediately and kept under observation. Forty-six people were suspected and under testing. So far, no cases of getting affected by the virus. This will get continued. Blood samples will be collected for everyone coming from other countries, and before they are free to wander, the tests are performed.

In addition to that other things, some technologies are getting developed in the health industry. The ambulance light is designed in such a way that upon visualizing the same, all other vehicles will automatically be sidelined - a technology developed recently to get a breakthrough in the industry.

Long way to go on how the universe is going to get rid of the deadly virus. Also, there is a rumor in social media that China has preserved the virus for contingency reasons in Wuhan University lab, but it was leaked and counter attacked the country. Though it is a rumor, it still interests people who read the same.