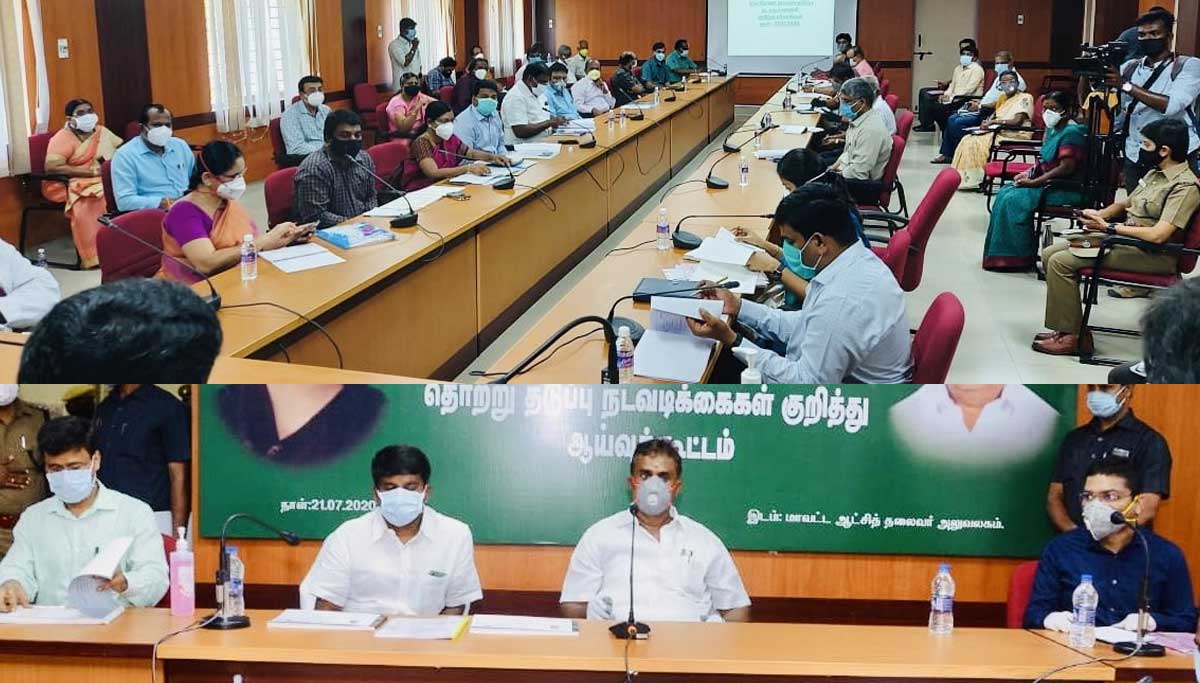 COVID 19 infections and deaths highest in Tamil Nadu: With a record high of 6,472 coronavirus infections in Tamil Nadu, the total infections are fast reaching the 2 lakh mark. The deaths also equaled the previous high of 88 to take the total death tally to 3,232. And the worst part of both is more than 5,000 infections are reported from the districts other than Chennai. And 17 out of the 88 dead are young people without any co-morbid conditions. What next is the big question rising among the more than seven crore people in Tamil Nadu now?

Rise of coronavirus infections in thousands in Tamil Nadu: If in June, which was the worst month affected by a coronavirus, the rise in infections were in hundreds. But in July month particularly for the past few days, it has gradually risen in thousands to reach from 4,000 to nearly 7,000 now. The death also steadily crossed the 50 levels to more than 70 and now nearing 100 per day. Though Chennai maintains its standards around 1200 with today's 1336 and only 11 out of the 88 deaths, the district's situation is the most alarming.

The rapid rise of coronavirus infections and COVID 19 deaths in districts: If it was Chennai that saw a rapid rise in June, the month of July is to increase COVID 19 cases in the districts. And the worst part is the increasing number of deaths in the districts, with 77 deaths reported today. Districts with an increase in the deaths today include

The top five coronavirus infected districts: Out of the 5136 cases reported in the districts apart from Chennai the three adjacent districts increased in their number of cases, including Chengalpattu -375, Kancheepuram - 330, Tiruvallur. 416. The other top-five districts to have the maximum number of infections include

The government authorities ask the people not to panic as the rise is only due to the increase in the number of tests. For sure, Tamil Nadu is the best state with the maximum number of tests conducted and increasing every day. Experts say that the positivity rate only remains around 10 % with the increasing tests.

They further add that when the total tests per day were 40,000, the infection cases reported were 4,000, and with today's 62, 112 samples tested, the positivity rate is only around 11 % even with 6,472 infections. But only 20, 75,552 persons were tested so far. If it increases to the total population of more than seven crores and if the same positivity rate maintains, where is Tamil Nadu and India with 1.38 crore populations is heading?