Covid-19 Lockdown: Coimbatore City Police - For the People and To the People 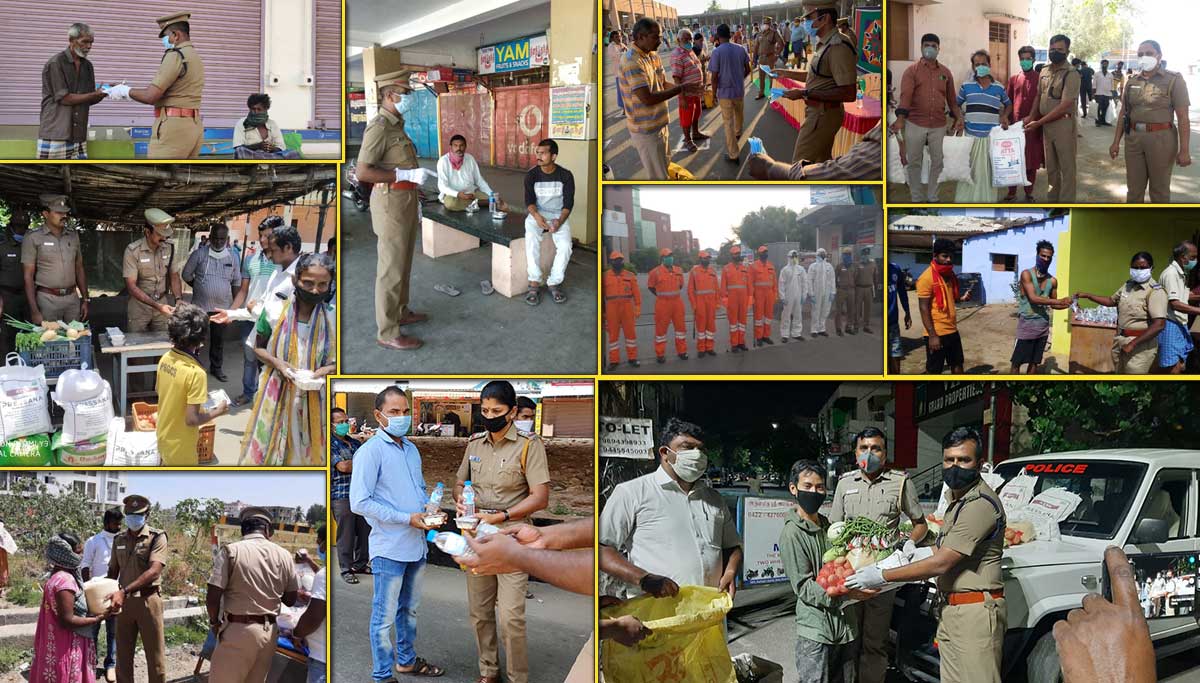 India is strictly following the 144 Janata Curfew all over its states and their cities for the past 15 days. This curfew has not been impossible without the support of the Police Department serving sincerely even during the lockdown period.

The measures taken by the Police officials to control the spread of the contagious disease among the public is highly appreciable, and Coimbatore city Police are one step ahead in serving their citizens.

Despite restricting people from gathering in public places, Coimbatore City police are distributing food and providing other necessary assistance to migrant workers, other people, and ensuring Social distance while distribution to avoid the spread of viral infection during the pandemic situation.

The Officials met the labourers and provided them with food and other necessary assistance. Though people are staying inside the house and supporting the Covid 144. But many public servants like health workers, corporation staff are still engaged in their public duty to maintain the cleanliness of the city in every state of India.

More number of Migrant workers are staying inside the city, and they are the support for industrial development during normal days. But the curfew locked them to go back to their respective natives. Though the migrants protested in the initial days of CoVid shut down due to the lack of food and basic amenities around the city, Coimbatore Police solved their issues in no time by providing the essentials via the best possible way.

With the help of requests coming via twitter and directly to the department, Coimbatore officials are taking immediate action to reduce the food poverty prevailing among the migrants and needy residents.

The Covai City Police took charge of the migrants suddenly after receiving the requests and supplied food to the sufferers with a tweet "Our officers visited the place and provided the workers with dinner. We will take care of them from today onwards".

Apart from the migrant workers, our officers are attentively aiding the general residents of Coimbatore City who are in need of basic living essentials, which they can't afford due to the Lockdown unemployment.