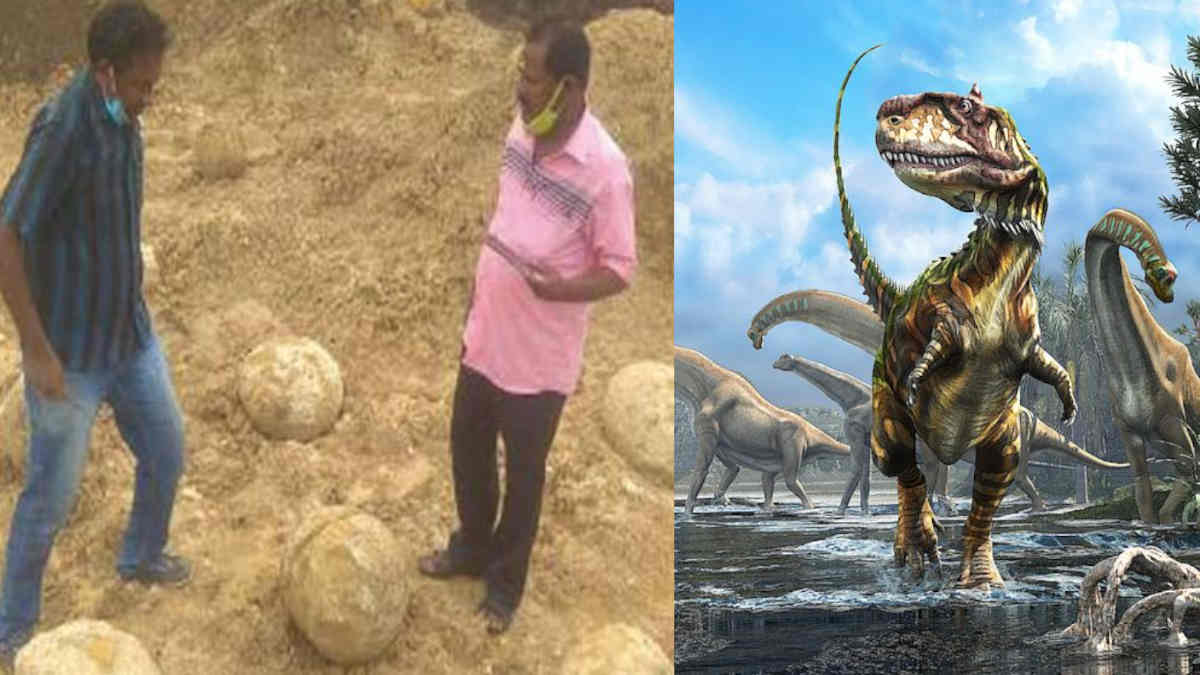 New fossil woods and fossil eggs were found near the Perambalur district. People doubt it as dinosaurs' eggs and approached paleontologists to examine them.

A 5 meters long fossil woods have been found buried in a stream behind the Kunnam Government School in Perambalur district. While fetching sand from the lake, people noticed the braches and logs of the tree hanging out from a limestone.

Similarly, A geologist named MS Krishnan had recorded the existence of fossil trees in Sathanur, Perambalur district, in 1940.  lately, many logs were founded near the village, proving Krishnan's statement.

They suspect these fossil logs are similar to the fossils discovered near Sathanur. Environmental activist Ramesh Karuppaiya stated the fossils stone was founded near Alathur, and the fossils founded in Kunnam lake belong to the same kind or era.

Ammonite, which is the remainings of marine snails, are found in a decomposed state while fetching soil from Kunnam lake yesterday.

They also found large spherical fossil-like eggs, which can be dinosaurs eggs. People askes The geologists ensure it was a dinosaur egg or not.

The Revenue Department has seized the marine snail's fossils and round-shaped fossils to keep them safe in the Revenue Inspector's office.

Community activists and members of the public have demanded that The district administration set up local galleries on the spot to protect the stone artifacts found in Kunnam village and preserve some of them in nearby schools.  Also, they sought to declare The area where the fossils were seen as an archeological site.