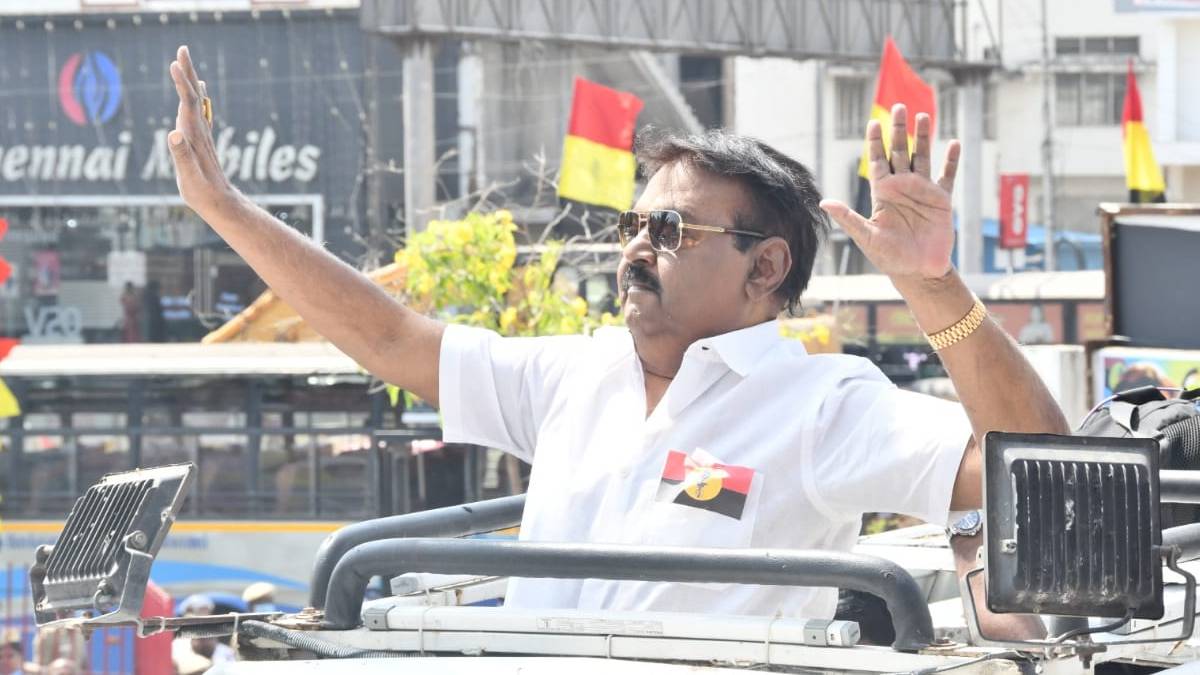 DMDK's request for twenty-three seats from AADMK has broken out in failure; DMDK has decided to quit the alliance with AIADMK and BJP.

It is said that since the number of seat-sharing was less in the count of 10 to 13, Vijayakanth has walked off from the alliance with AIADMK. Even after three rounds of discussion on seat sharing, AIADMK has not made any changes. 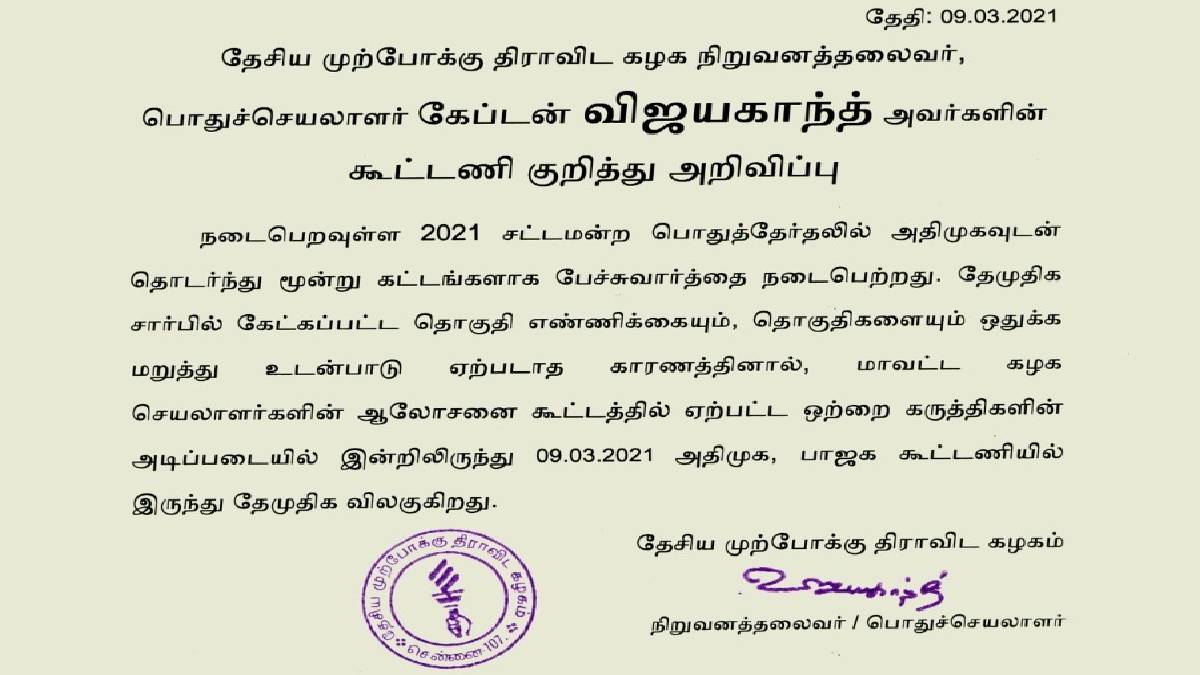 In 2016, state assembly polls and Vijayakanth almost lost 103 seats and too lost the deposit by standing alone. The public is now eager to know whether the DMDK party will stand alone with a remarkable comeback.

There are still few chances for DMDK to ally with Amma Makkal Munnetra Kazhagam or Makkal Needhi Maiyam, but the public's opinion shows that DMDK might stand alone due to less drop of time.