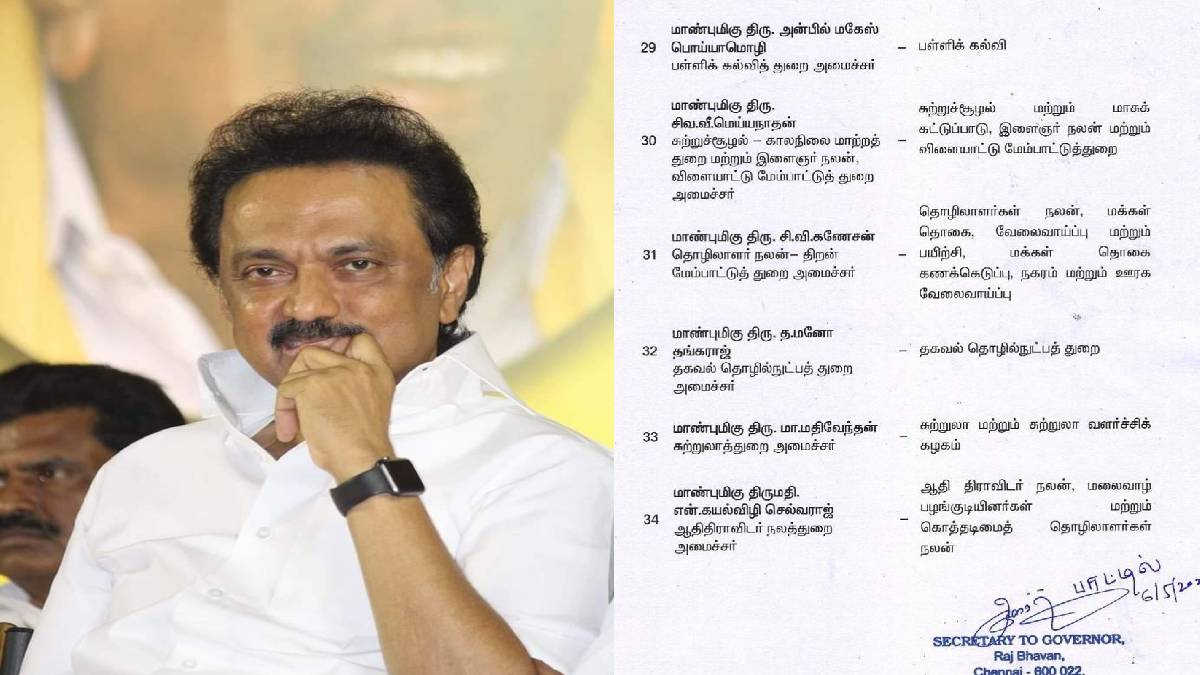 The Governor of Tamil Nadu has approved the recommendations for the allocation of Ministers before the inauguration ceremony of M.K Stalin as a Chief Ministers, which is to be held on Friday.

The list of cabinet members is announced officially under the signature of Secretary Raj Bhavan Chennai. Here is the list of Cabinet members and the council ministers who will take up a prestigious position tomorrow, along with M.K. Stalin.