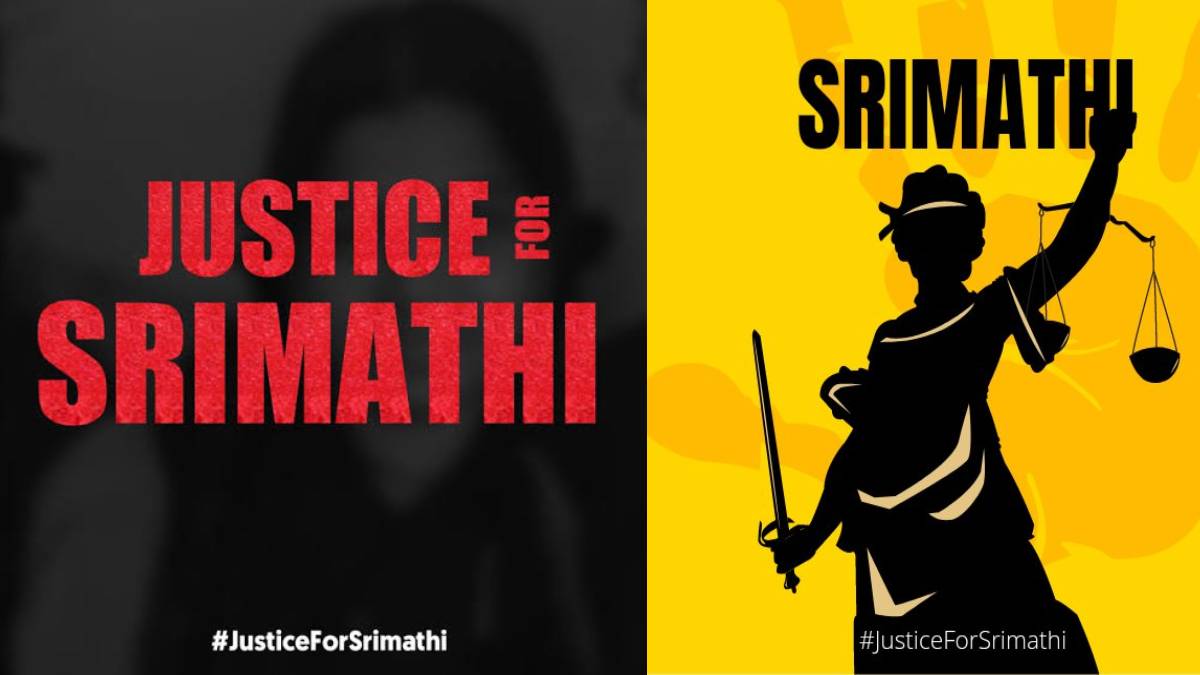 Following the suicidal death of 12 standing Student Simathi in Kallaluruchi, the hashtag Justice for Srimathi is trending on Twitter and other social media. Posts with the pictures of Srimathi and the blood stains on the walls are posted on social media.

Srimathi, 12th standard student who was studying in private matric higher secondary school, is said to have committed suicide by jumping from the hostel floor. The reason is that the teachers yelled at her in front of her classmates and friends. But there are many doubts om this suicide from her family's side.

Srimathi's mother said that her daughter's body was not taken to the hospital by the hospital, and the incident was also not informed to the police. She also said that already seven students had committed suicide earlier. Srimathi's family is engaged in protests and road blockage on the Salem highways.

Social media support has risen for the family as the members are posting images seeking Justice for Srimathi. At the same time, many famous Youtubers are voicing out for the Srimathi Suicide case. The truth behind the case is not revealed yet as the investigations are in progress. So far, two teachers are in police custody.