Keeladi Excavation: People Flocking in to Visit the Site 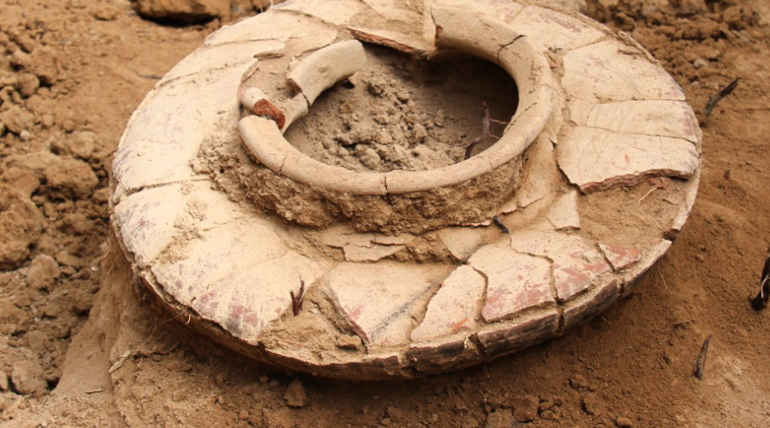 Keeladi Excavation: People Flocking in to Visit the Site

Archeological excavations get extended to Kalayarkovil as a part of Keeladi exploration.

The trenches excavated, as part of Keeladi exploration, revealed a lot of information about the civilizations once established and reinforce the legacy of Tamil language civilizations-together. Kalayarkovil was the place excavated, which is in the Sivagangai district, and people from across the state who are traditionally attracted swarmed the place and looked at the 2600-year old site. Some got potsherds and happy to associate with history. Though the areas were kept inaccessible, people managed to enter the site through a small passage near the fence at the entrance.

Numerous pieces of black and red pottery were spilled all over. They were of different shapes, sizes and were the discarded pieces of the archeologists. But those pieces enticed the people, and as a part of admiring the culture and the ancient tradition, they collected it with pride. The people were very happy to keep it as a treasure-hunt and cherish it forever. The fifth phase of Keeladi exploration got over in the month of October, and it was inferred that the findings from the place dated us back to 600 BC. A retired headmaster told that the collections were indeed giving him a profound knowledge of history, culture, and traditions. He wanted to show those pieces to the students to kindle their senses towards exploration.

It is also recommended by the teachers and headmasters to the government to buy the land wherever exploration was done in Keeladi and preserve the same as a heritage. That was done in the case of Indus Valley Civilization. Archeology departments of the respective states maintain the civilization and the area explored.

Also, it is to be highlighted that a silver coin was found in Kalayarkovil which dated back to 300 BC. Archeological deposits are found not only in Kalayarkovil but also in Kandanikkarai, Pagaiyanjan, Ilandhakarai, Velarendhal, Koothani, Palayendhal, Thavali Mandapam, Gramapuli, Nallendhal, Marathur, and  Peekulam. One of the archeological enthusiasts, Gemini Ramesh, reported that they found out a silver coin in Ilandhakarai. To interpolate, coins related to â€œSangakalamâ€ were already safeguarded through the Keeladi excavation. Both were seeming similar, and the government should take steps to aid financial support to motivate these archeological enthusiasms.