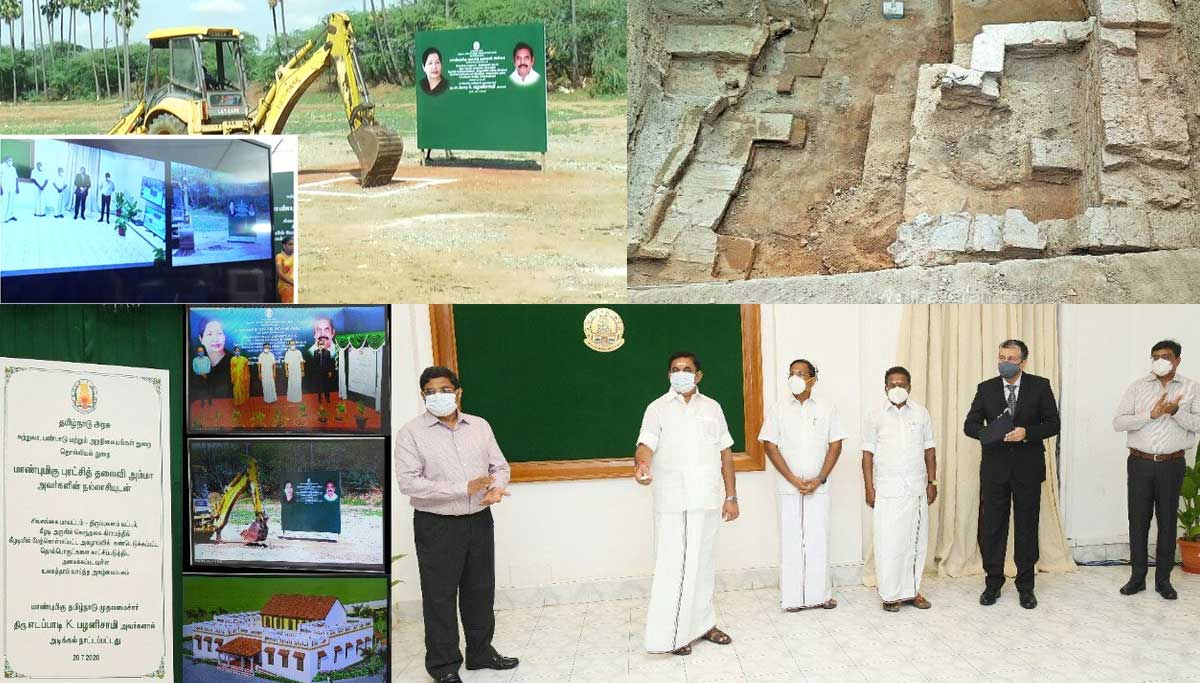 Keeladi museum to showcase Tamil pride within a year, confirms CM laying its foundation stone: Chief Minister lays the foundation stone for the 12.21 crore Keeladi Archeological museum via video conferencing yesterday, July 19. It is to be set up in a 2-acre land to safeguard the 2,500 years old Tamil culture proofs found by excavation work so far in Keeladi. It will be an honour to all the Tamil people worldwide of showcasing proof of our prosperous cultural and civilized living thousands of years ago on the Vaigai riverbed.

Sixth excavation work in Keeladi: Only last week, two more skeletal remains of children were recovered in the sixth excavation work in Keeladi. Some weeks ago, two such skeletal remains were recovered on separate days. Also recently, four weighing stones were retrieved from the site in proof of Tamil people doing commerce even before 2,500 years ago.

Furthermore, evidence of waterways to store and use water was found to highlight the technical expertise of civilized living by the Tamil people. Rare gems, gold coins, and many others found during these excavations were enough proof of the prosperity that the Tamil people enjoyed thousands of years ago. All of them will be showcased in the archaeological museum in Kondagai village that the Chief Minister Edapadi Palanisamy laid the foundation stone yesterday.

Details of the proposed archeological museum in Keeladi: