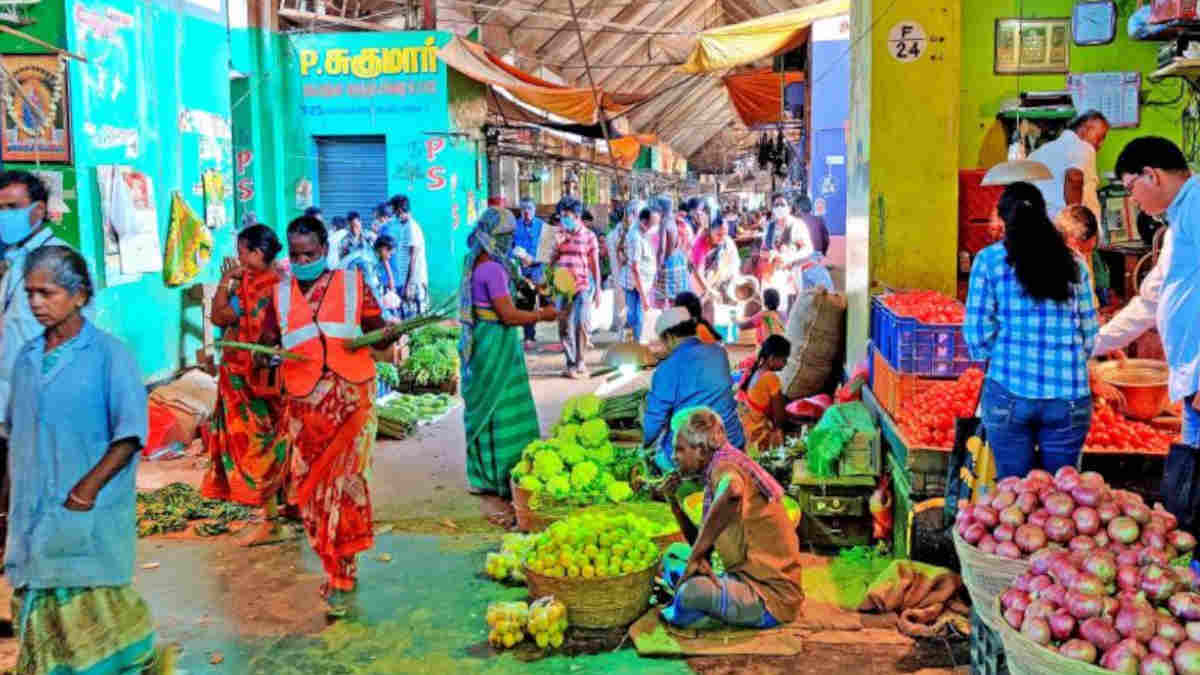 An inside view of Koyambedu vegetable market.

COVID Infection in Chennai has been gradually increasing day by day. Around 50 traders and workers are tested positive for the plague in the past 22 days. People were shaken to know the outspread rate.

Yesterday 1,250 people were infected in Chennai. After the slackened lockdown, people were getting back to their daily routine. Wearing a mask and maintaining social distance were passed up, Chances for virus outbreak were raised up. In Koyambedu, the primary grocery wholesale market, 50 COVID cases were founded among traders and workers.

As a precautionary measure against the vulnerability of COVID, the Chennai Koyambedu market was closed since March. Later TN government allotted sperate places for the trade. As per the distribution, the vegetable market were set at Thirumalisai, a fruit market at Madhavaram bus stand, and a flower market at Vanakaram.

Considering traders' livelihood, the Koyambedu grain store was opened on the 18th consecutively, the vegetable market on the 28th of September. Though the market was being opened public was restricted to visit the market. Barely 200 wholesale stores had been opened for the handiness.

Strict constraints were also imposed on traders and trucks which entering the area. Since reopening, traders have been undergone the COVID test more often. More than 2,800 traders were tested in the last 22 days(Sept 18 to Oct 10). Unfortunately, yesterday 50 new cases were founded in the market.

On behalf of the corporation, COVID tests were taken in the Koyambedu market for the past 22 days, and 50 people were founded to be infected. Though it is 1.5 percent of the total infection, people were stunned to know the spread rate.

Diseased people were admitted for treatment at government hospitals and near primary health centers. Zonal health officials were monitoring whether family members of the victims were also infected.

The Koyambedumarket in Chennai, which was closed since March as a prevention measure, reopened last month after six months. Now again, the confirmation of infection among traders and workers has caused shock among the public.