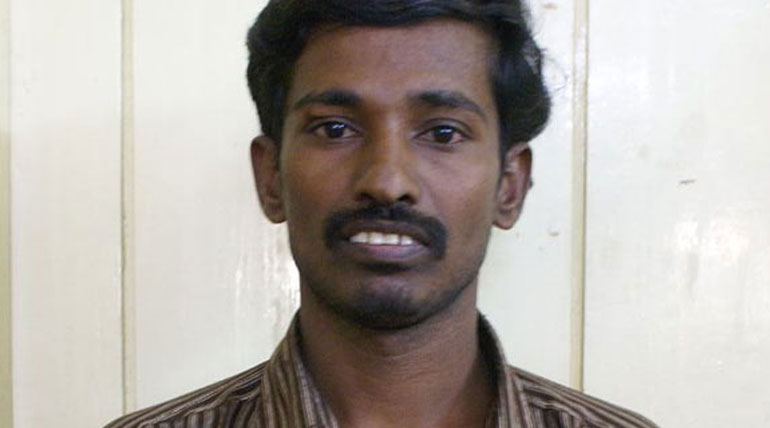 Lalitha Jewellery mastermind Murugan's contacts with actresses leaked to media: Lalitha Jewellery Hollywood heist on October 2nd is continuing to rule the media until now. Even after Manikandan was caught by patrol police while carelessly riding with part of the 13 crore jewels, Suresh escaped.

On investigation of Manikandan, it was found that history-sheeter for years now, Murugan is the mastermind behind the heist. Every day new news about Murugan floats in the media. The latest is the many actresses who are in contact with Murugan.

Lalitha, PNB & many robberies: Before Lalitha Jewellery being robbed in Trichy this month, there was a similar massive theft in January in Trichy. Punjab National Bank near Samayapuram toll gate was robbed of 19 lakhs cash and 470 sovereigns of gold.

But for the past nine months, the Trichy police have drawn a blank on the investigation. Only after the arrest of Manikandan and Murugan, they were able to arrest the welder Radhakrishnan who drilled the bank to rob it.

Police personnel Hariharan and Vijayakumar have tonsured their heads in Samayapuram temple after Radhakrishanan, and the mastermind Murugan was arrested now. If they had caught them earlier, the whole episode of Lalitha's jewelry would not have happened.

Murugan - Balamurugan films & nearly one crore loss: It was not now that Murugan involved in movies was revealed. Even in 2015, the Hyderabad police, while arresting Murugan and gang, confirmed his links with films. He had his own production company called Balamurugan movies and was in the process of making a film.

There were reports of his lavish spending and a loss of nearly one crore.  But he came out in bail and went absconding. He was also said to be involved in the Chennai Anna Nagar robbery last year. But the police knowing all of it were unable to arrest Murugan.

Murugan surrenders in Banglore court: Even after arresting Manikandan with part of the Lalitha Jewelry during a regular checking in Tiruvarur, the police were not able to arrest Murugan for ten days. Also, the other accused Suresh was not arrested and coolly surrendered only recently in Sangam court.

Murugan cleverly surrendered in the Banglore court for a previous theft there. The court orders to judicial custody and was taken police custody immediately by Bommanhalli police for another jewel theft case in Banglore.

He revealed to the Bommanhalli police of the jewels being hid in the Tiruverumbur area in Trichy. They brought Murugan to Trichy without the Tamil Nadu police know anything of it.

But when Murugan was brought to the rented house in Tiruverumbur, the TN police, which was watching it, found that Murugan is in Trichy. Meanwhile, Murugan coolly took the 13 crore Lalitha jewelry gold from under a rock in Tiruverumbur. The Karnataka police left with the jewels and Murugan to Banglore.

But knowing that Murugan is in Trichy, the Perambalur police caught the car with Murugan and Karnataka police. Since only by court orders Murugan was brought to Trichy, he was sent back to Banglore after preliminary investigation. Now he is in Bengaluru under the custody of Karanataka police.

Meanwhile, daily one story or other is floated in the media about his helping the poor, having contact with many actresses, and others. But there is no specific name of actresses.

There is also widespread rumor of some big shot is helping Murugan in all the activities. Only when the Tamil Nadu police take police custody of Murugan, further real-time stories will merge. It may fire more crackers this Diwali and make it a notorious memorable Diwali.