MGR: the cultural and political icon of Tamil Nadu 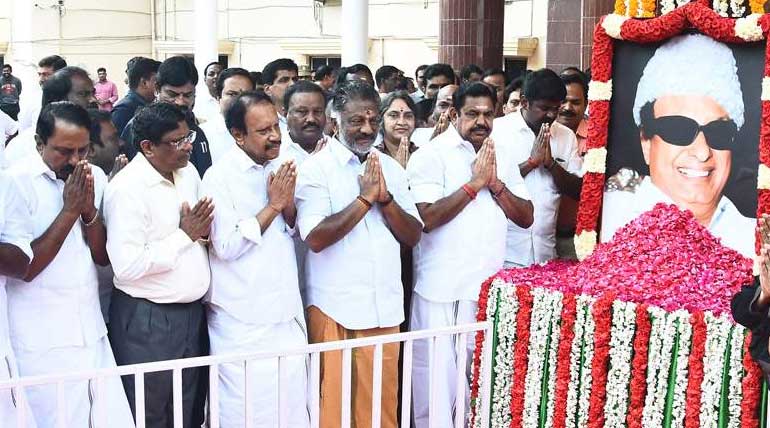 MGR: the cultural and political icon of Tamil Nadu

MGR is more like an icon in Tamil Nadu. From an ordinary extra artist in the Tamil film industry until the late 1940s, he became Tamil Nadu 3rd chief minister in 1977.  From his first big break in the movie Manthira Kumari in 1950, nothing stopped him in his acting and political career to become the chief minister. He occupied his post until his death in 1987. He still remembered by many ordinary people across the state who worship his photo in many streets with garland and other rituals.

Maruthur Gopala Ramachandran was born in Kandi on January 17 1917.  He relocated to Tamil Nadu and acted in a drama troop along with his brother MG Chakrapani. Then moved to the cinema and became a cultural icon that no one can take his place. Then it was politics where he only saw success until his sad demise in 1987.

Though MGR was a close confidant and then the arch rival in politics with the then chief minister M. Karunanidhi, he was in good relation with him.  Also, when he was the chief minister, he maintained a good relationship with the central government to get all possible help for the poor people.

He was seen as the savior of the poor, just like the movies he acted.  The women folk who enjoyed him on the screen were his great supporters. Forming AIADMK after coming out of DMK, he never turned back.  All was a success until his health deteriorated while he was serving as the chief minister. He died on December 24, 1987.

MGR did a lot for the poor, including the midday meal scheme, which he improved to benefit all through the state. When he died, only two properties were in his name.  One is the market place in Alandur, and another is the Ramavaram garden where he lived. He donated the Ramavaram garden for a school for the hearing impaired people and to run it from the income of the rent from the Alandur market. That is the greatness of MGR to be remembered by the people of Tamil Nadu even now.