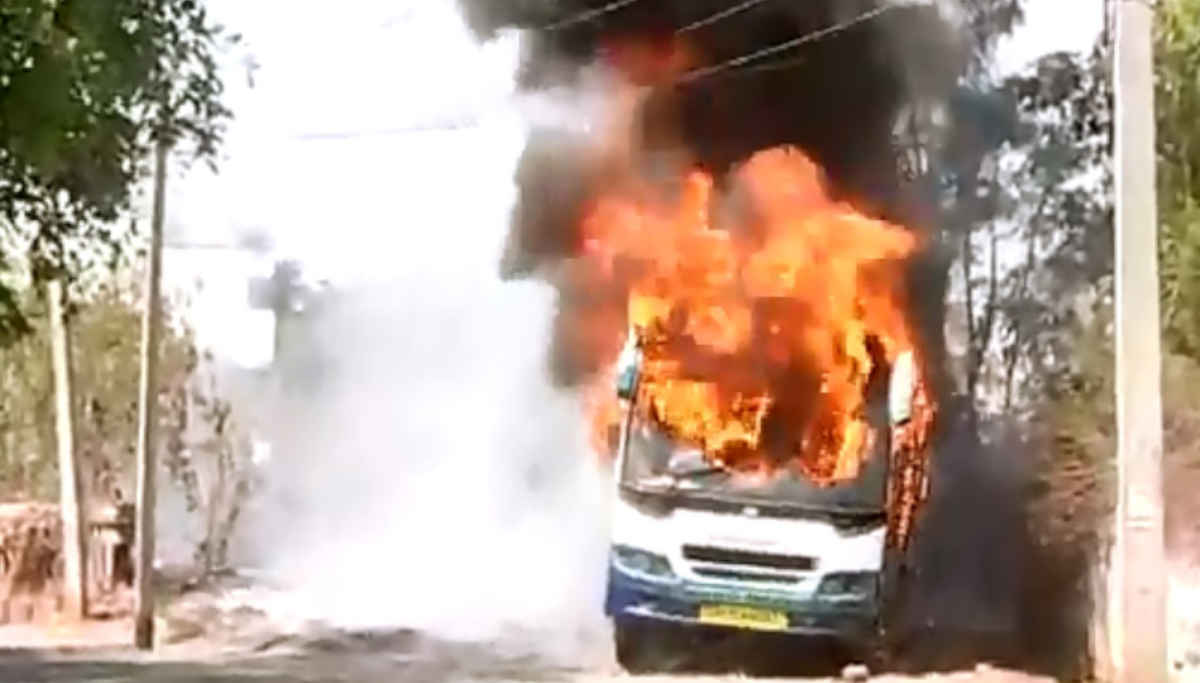 A KPN owned AC omnibus has reportedly chared down this afternoon in Salem. No casualties have been reported so far. Primary reports confirmed that that the bus had no passengers while it was on fire.

KPN Travels has a branch office in the Swarnapuri locality that is situated near the New Bus Terminus of Salem city of Tamil Nadu. An AC bus owned by the KNP travels has been put in halt after a trip caught into the fire by this afternoon around 2 PM.

The passerby people reported the situation to the Sevvapet fire and rescue operation department. Around 20 fire service personals, under the lead of their head Manivannan, reached the spot within 15 minutes and put off the fire within half an hour.

According to the fire service personals, the bus was parked near a garbage dump. They suspect that the bus could have caught fire from the garbage dump. Now, Inspector Kanthavel from the Fairland police station has taken the investigation to find the other reasons for the fire.