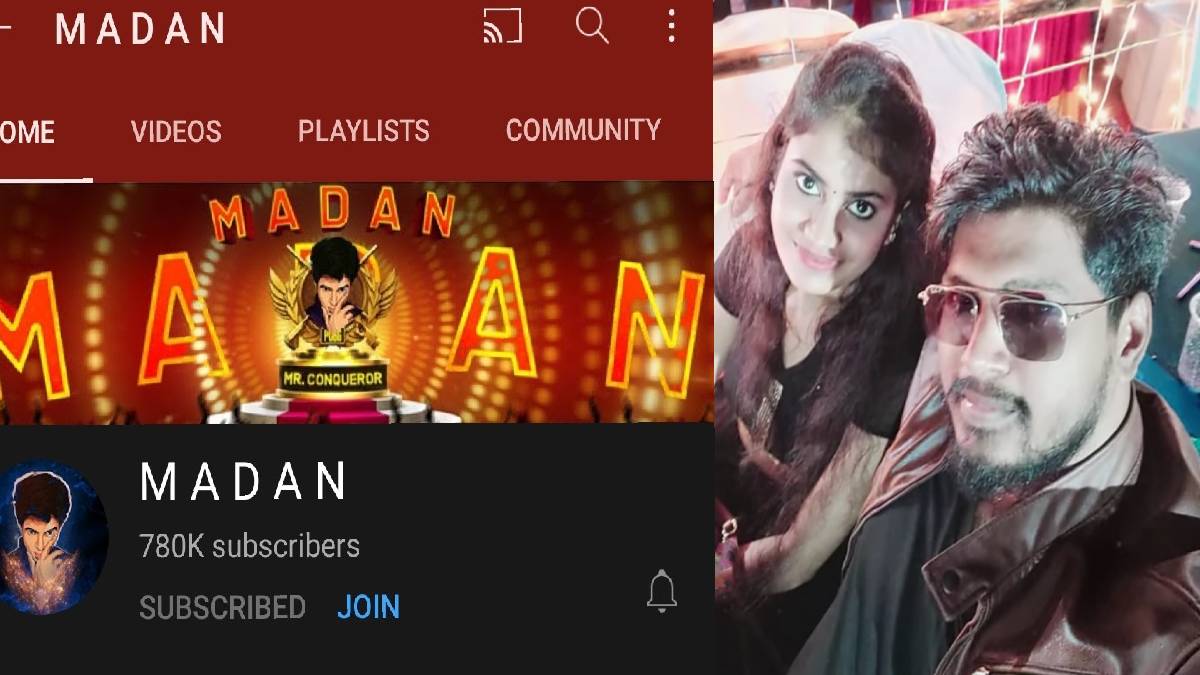 PUBG Madam With His Wife

Police conducted a search in YouTuber Madan's home, confiscated documents, including a computer, and arrested his wife. Metropolitan Police Commissioner Shankar Jiwal said that Madan, who is still hiding, will be arrested soon.

Madan has been involved in activities such as talking obscenely in live chatting, insulting women, talking to girls and posting pornographic audio on his YouTube channel through the game PUBG, which is banned in India.

Puliyanthope Cyber ​​Crime Branch police are currently searching for Madan following a complaint lodged against him by a social activist. However, Madan continues to be hidden. The audio of him speaking on Youtube is going viral on social media. After the audio went viral, many on social media called for the immediate arrest of PUBG Madan.

Following this, the unit was set up to capture PUBG Madan. Since Madan is from the Salem district, the Chennai secret police rushed to Salem and conducted a series of investigations. They then interrogated his wife Keerthika and her family from 6 AM to 8 AM yesterday.

After the interrogation, the police arrested Madan's wife Keerthika, took her to Chennai, produced her in court and remanded her in custody. It is said that Madan spoke obscenely to his wife, Keerthika. It was revealed that both the husband and wife cheated the public and amassed crores by increasing the number of subscribers.

The police took her into custody and interrogated her, and found out many bursting facts. It is said that Madan spoke obscenely to his wife Keerthika during the game where Krithika pretended like an opponent player. It was revealed that both the husband and wife cheated the public and profited crores by increasing the number of subscribers.

Following this, the police decided to search Madan Madan's house and confiscate the documents, including the computer, Hard drives, CDs and inspect his bank accounts.  The investigation has revealed that Madan has invested the money that he earned through YouTube in stocks and bitcoin. Police are also gathering evidence to take action against Madan under the Pocso Act.